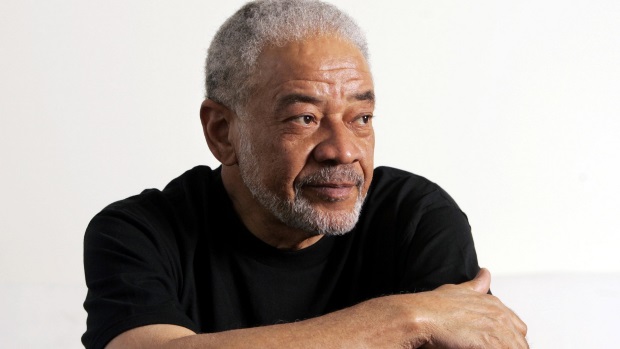 West Virginia native Withers joined the L.A. music scene in the late 60s after a stint in the Navy.  In 1970 he was signed to the Sussex music label and hit the ground running with his first album, Just As I Am, and its instantly classic acoustic ballad, "Ain't No Sunshine."  Withers' understated, rootsy style was a perfect contrast to where popular music was going at the time, from pre-disco dance music to glam rock.  His second release, 1972's Still Bill, became a career disc, with top hits "Use Me" and "Lean On Me," arguably one of the greatest songs of the past half century.

Withers was fairly prolific over the next half decade, releasing +Justments, Making Music, Naked and Warm, Menagerie and 'Bout Love.  Each featured a number of select, wonderfully melodic cuts, from "Lovely Day" to "Hello Like Before," that would make Withers' music continue to resonate for decades through dozens of remakes by other acts.

Frustrated with the music industry, after his 1984 Watching You Watching Me album, Withers stopped actively recording, although much of his rich catalog continued to be regularly covered by other artists.  He toured intermittently into the 90s, but then generally ceased performing publicly. However his legacy as an all-time great songwriter and singer has grown since then, even following his 2020 death.

This award is a fitting testament to the greatness of one of the most influential artists of the latter 20th Century.