Blues Hall of Fame to Induct Aretha, Count Basie and more on May 8 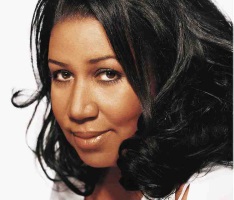 The five performers entering the Blues Hall of Fame this year reflect the breadth of the blues’ influence throughout the music world. The legendary singer Aretha Franklin has been hailed as the Queen of Soul, but the blues is very much a foundation of her music, as albums like Aretha Sings the Blues and her Dinah Washington tribute stand as testament to. Count Basie busted out of the blues-rich Kansas City music world to become the King of Swing, and the blues certainly has proven integral to his sound. Ida Cox rose to fame in the 1920s during the classic vaudeville blues era. Dubbed “The Uncrowned Queen of Blues,” Cox might not be as well-known as her peers Ma Rainey and Bessie Smith, but she has achieved a lasting influence, particularly with her song “Wild Women Don’t Have the Blues,” which has become a feminist anthem.

Texas-born guitarist Pee Wee Crayton found his greatest success after moving to California, where he became a kingpin of the West Coast blues scene of the late ’40s. From 1948, his tune “Blues After House” represents the first and only instrumental by a guitarist to top Billboard’s R&B (then still called “Race Records) charts. Booker T. & the MG's, a band synonymous with Memphis and Stax Records, played on a galaxy of great soul and blues albums, including all of Albert King’s Stax studio records in the 1960s. Entering the Blues Hall of Fame in its Business, Academic, Media & Production category this year is Moses “Moe” Asch. While leading Folkways Records and other labels, Asch helped to document and disseminate a remarkable range of roots music. Acoustic blues was prominent among his releases, with Lead Belly, Sonny Terry & Brownie McGhee, Elizabeth Cotten, Reverend Gary Davis, and Big Bill Broonzy among the artists whose records he released.

This year’s selections for landmark recordings spotlight works by several long-time Blues Hall of Famers. Elmore James’ 1965 album The Sky Is Crying and his song “Shake Your Moneymaker” both are entering the Blues Hall of Fame. Last year, the Blues Hall inducted B.B. King’s album Blues Is King, and this year it is recognizing King’s 1954 classic tune “Everyday I Have the Blues.” Muddy Waters adds to his Blues Hall of Fame honors with the induction of his influential 1950 tune “Rollin’ Stone.” Ray Charles’ iconic “I Got a Woman” and Bessie Smith’s signature version of “The St. Louis Blues” round out 2019’s recording honorees. Additionally, the Blues Hall’s choice for the Classic of Blues Literature is the revelatory historical work Lost Delta Found: Rediscovering the Fisk University-Library of Congress Coahoma County Study, 1941-1942, which was compiled by John W. Work, Lewis Wade Jones, and Samuel C. Adams, Jr.

Taking place during Blues Music Week, the Blues Hall of Fame Induction Ceremony will be held May 8 at the Halloran Centre (225 South Main Street, Memphis). A cocktail reception kicks off the festivities at 5:30 p.m. before the Ceremony begins at 6:30 p.m. Tickets are $75 per person. The celebrating continues the next night (May 9) when The Blues Foundation presents the 40th Annual Blues Music Awards at Memphis’ Cook Convention Center (7 p.m. start-time). Individual BMA tickets are $150 per person with Tables for 10 at $1,500 each. Both events are open to the public and tickets can be purchased now at THIS LINK. Reservations can be made for The Blues Foundation’s block of rooms at the Sheraton Memphis Downtown and the reservation link can be found at www.blues.org.

As part of the Induction Ceremony, the Blues Hall of Fame Museum is securing special items representing each of the new inductees, and those artifacts will be installed and available for viewing beginning May 8. The Museum has been a treasure for both serious blues fans and casual visitors since opening in May, 2015. Through intriguing exhibits (including traveling exhibits that rotate every six months) and individualized galleries, it offers an entertaining and educating exploration into all that is blues culture. The Museum features interactive touchscreen displays along with three master databases where visitors can hear the music, watch videos, and read the stories about each of the Blues Hall of Fame’s over 400 inductees. Each gallery also displays a fascinating array of album covers, photographs, historic awards, unique art, musical instruments, costumes, and other one-of-a-kind memorabilia.

The Blues Hall of Fame Museum (421 S. Main St., Memphis) was built through the generosity and support of blues fans so that it would serve all four components of the Blues Foundation’s mission: preserving blues heritage, celebrating blues recording and performance, expanding awareness of the blues genre, and ensuring the future of the music. Its hours are 10 a.m.–5 p.m. Monday-Saturday and 1–5 p.m. on Sundays. Admission is $10 for adults and $8 for students with ID; entry is free for children 12 and younger and Blues Foundation members. You can become a member for a little as $25 per person;