A 25th Anniversary for Brandy...and a Kipper Jones classic 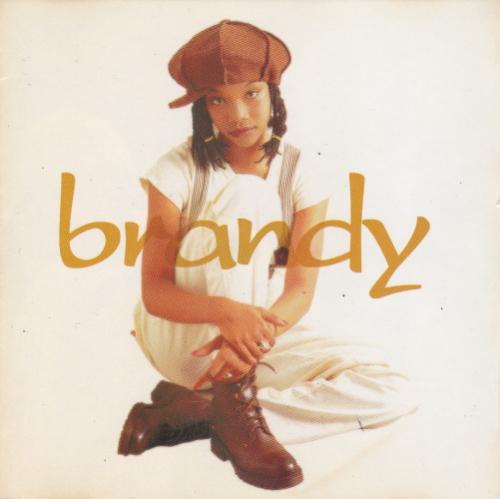 It’s 1994, and the eponymous debut album of a teenage girl is released. It charts three Billboard Hot 100 Top 10 and two #1 R&B singles, goes double platinum, turns the talented young lady with the girl-next-door image into a role model for millions (with box braids becoming the new wave), and earns her two Grammy nominations, including one for Best New Artist.

But … what if that collection was missing three very important ingredients: “I Wanna Be Down,” “Baby,” and “Brokenhearted”?

Sounds impossible, right? Well, according to Kipper Jones, who cowrote that trio, you can thank divine intervention that that wasn’t the case.

It’s 1994, and the eponymous debut album of a teenage girl is released. It charts three Billboard Hot 100 Top 10 and two #1 R&B singles, goes double platinum, turns the talented young lady with the girl-next-door image into a role model for millions (with box braids becoming the new wave), and earns her two Grammy nominations, including one for Best New Artist.

But … what if that collection was missing three very important ingredients: “I Wanna Be Down,” “Baby,” and “Brokenhearted”?

Sounds impossible, right? Well, according to Kipper Jones, who cowrote that trio, you can thank divine intervention that that wasn’t the case.

A Flint-born, L.A.-raised veteran session singer (Lalah Hathaway, Tevin Campbell) and performer, Jones became involved with Brandy by accident. “One day, I dropped by Keith Crouch’s [one of Brandy’s producers] and he was playing this track that was fire. I was like, ‘What is that?’ He asked if I wanted to put lyrics to it. So I went to my car, got my pad, and came up with the hook—I wanna be do-o-own with what you’re going through. Rahsaan [Patterson] and Kenneth [Keith Crouch’s brother] arrived, and we were jamming to it. After a while, I ducked into one of Keith’s rooms and came up with the verses.” Jones had a specific person in mind for it: “All the time I was thinking, ‘This will be an amazing song for Vanessa [Williams]’.” Jones penned the title hit songs for Williams’ first two albums, The Right Stuff and The Comfort Zone.

But when then Chairwoman and CEO of Elektra Entertainment Group Sylvia Rhone heard “I Wanna Be Down,” she knew she had to have it for Atlantic Records’ recent signee, Brandy Norwood—even though Norwood’s album had already been completed. Jones was skeptical: “I wasn’t convinced that it should go to an unknown.” But Rhone not only wanted the song; she commissioned another from Jones and Crouch for Norwood. This time Patterson did more than just jam with them—he also contributed to what would become “Baby.” Says Jones: “It is very much like a high school cheer. ‘Baby baby baby baby, don’t you know that you’re so fine - Baby baby baby baby, think about you all the time’. Sweet with a monster groove.” Rhone loved that one, too—and requested a third, a ballad. But Jones was stumped. “Keith gave me this beautiful track and, for the life of me, I could not come up with something. And we were on deadline. It think it was a Tuesday, and it was due Thursday. I really wasn’t used to working under pressure like that. Plus, I was a 31-year-old man trying to write for a 14-year-old; what did I know about what teenage girls feel or talk about?”

The inspiration did come—I’m young but I’m wise enough to know that you don’t fall in love overnight—and the rest just flowed. The next day, he was in the studio with Norwood  where she recorded her lead vocal for “Brokenhearted” in one take. “The way she grabbed a hold of those lyrics! Her father chuckled because I was in tears. I just could not believe my ears. Nobody sings like that at 14.”

The inclusion of this threesome—plus the album’s new opening track, “Movin’ On” (also from Crouch and Jones) and “Best Friend” (originally conceived as a duet with Norwood’s brother, Ray J; he appears in the video instead)—meant that five songs by other composers/producers had to be dropped from the project. Needless to say, those creatives were not pleased, recalls Jones. “In certain circles, you could literally feel the tension. We became the most hated songwriters in L.A.” But even their peers tipped their hats once Brandy hit the streets. “From the moment ‘I Wanna Be Down’ was on the radio, there was no doubt it was gonna be big.”

What took Brandy to even greater heights, Jones argues, were the remixes of “I Wanna Be Down” featuring MC Lyte, YoYo and Queen Latifah and “Brokenhearted” with Wanya Morris of Boyz II Men, pushing sales of those singles to platinum and gold status, respectively. “Pairing her with those artists gave her a stamp of approval in both the soul and rap worlds. Folks realized she wasn’t just a teen sensation, she was the real deal.”

Jones—whose latest single is a house version of Marvin Gaye’s “I Want You”—is hesitant to point to a favorite out of those classics (“I love them all for different reasons”), but one does occupy a special place: “I am always blown away by people’s testimony about ‘Brokenhearted’. ‘Hey, man, that song got me through college’. ‘It let me know there was life after loss’. ‘It saved my life’. It’s a reminder that God chose me to hold this pen and bless others with it.”

So it was a full circle moment when Jones attended the BMI R&B Hip Hop Awards this past summer, where Norwood received their President’s Award. “It was a great reunion, hugging and laughing with her again. And I was honored when she gave me a shout from the stage. She and that debut changed the game—for teen acts, for Black female artists, so I’m glad they recognized her. And I’m so proud to be a part of that history. If I hadn’t made that detour to Keith’s place that day…”

- James Earl Hardy is an award-winning cultural affairs writer/critic and author. His latest Amazon Top 100 bestseller is Men of the House: A B-Boy Blues Novel