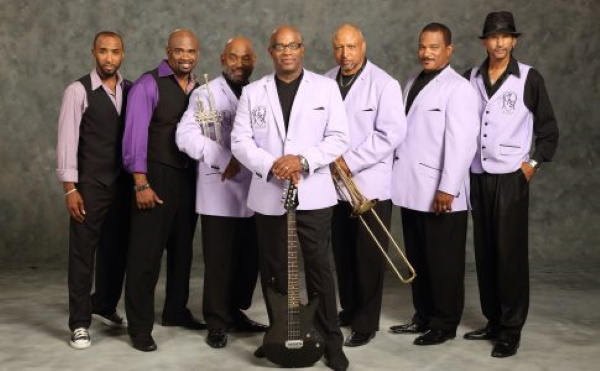 "Love’s Train," written by ConFunkShun’s founding members Michael Cooper and Felton Pilate, has again charted with a new cover of the song released on Valentine’s Day by super duo Silk Sonic.  It is again climbing the charts and finding its way into the hearts of a new generation.  “Silk Sonic paid a lot of attention to detail and amazingly captured the same emotion in the original song,” said Felton Pilate.   ConFunkShun gives their honest opinion along with a special message to Silk Sonic during an exclusive interview with KAMDI Konversations. (https://youtu.be/uvh7cP_WXFA).

While the original version has continued to be a highly requested single both on airplay and in ConFunkShun live performances, the remake has quickly gained attention with nearly five million YouTube views to date.

ConFunkShun is a star-quality attraction that continues to deliver a superb, high-energy show with electrifying choreography, glistening six-part vocal harmonies, and a dash of humor. They are, unquestionably, among the heroes of Funk with romantic ballads and dance-party hits galore. They have charted four consecutive Gold and one Platinum album along with 20 hit singles including 8 Top Ten R&B Hits and one #1 R&B smash between ’77-’86.  For more information on ConFunkShun or to request an interview, please contact Tonya Hawley at 770.380.0053.