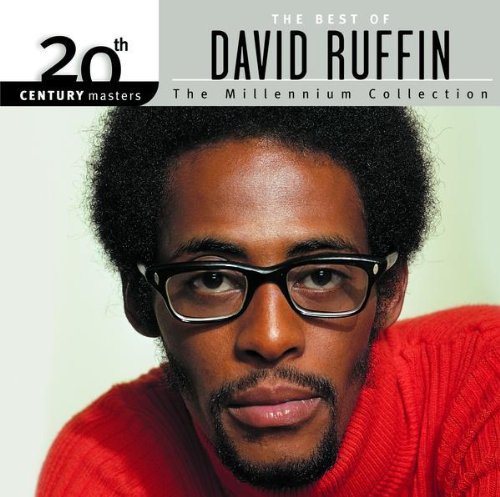 June 1 marks the anniversary of the death of the great David Ruffin. Certainly one of the greatest Soul singers of all time, David Ruffin was an enigmatic man whose own internal struggles and contradictions led to a tumultuous career, both as the lead vocalist of the Temptations and subsequently as a solo singer. But even years after his death, he remains a larger than life figure in the Soul music world, and a once-in-a-generation voice.

June 1 marks the anniversary of the death of the great David Ruffin. Certainly one of the greatest Soul singers of all time, David Ruffin was an enigmatic man whose own internal struggles and contradictions led to a tumultuous career, both as the lead vocalist of the Temptations and subsequently as a solo singer. But even years after his death, he remains a larger than life figure in the Soul music world, and a once-in-a-generation voice.

Ruffin was born in Mississippi in 1941 and first recorded as part of the traditional Gospel group the Dixie Nightingales. He moved to Detroit to become part of the burgeoning Soul Music scene of the early 60s. There Ruffin recorded a few solo singles, but real opportunity came when a popular local group, the Temptations, was looking for a tenor to replace departing singer Eldridge Bryant. While the Tempts had had limited success with early Motown releases, Ruffin's arrival in 1964 coincided with the group's explosive emergence.

During the period 1965-68, the Temptations became the biggest Soul group in the world, and Ruffin's star correspondingly grew. His gruff, impassioned lead vocals on dozens of songs including "My Girl," "Beauty's Only Skin Deep" and especially the electric "Ain't Too Proud to Beg" were unparalleled, and provided a gritty soulfulness over the slick Motown arrangements. However, Ruffin's ego reportedly also increased dramatically during this period, and his spotty work ethic and demand for top billing in the group led to his "firing" soon after 1968's Wish It Would Rain album.

Ruffin was devastated by his dismissal, as the anchor that the group provided for him was gone, and he began a personal roller coaster of financial trouble and drug addiction that would continue until his death. Ruffin began his solo career strongly in 1969 with "My Whole World Ended," taking both the single and accompanying album to the top of the Soul charts and the Pop top 10.

The uptempo follow up single, "I've Lost Everything I've Ever Loved," was also a gem, but began a slow five year descent on the Soul charts. He released I Am My Brother's Keeper, a duet album with his brother Jimmy (who had scored earlier on Motown with "What Becomes of a Brokenhearted"), and recorded additional discs with the help of Johnny Bristol and Van McCoy, but didn't chart again big until his 1975 hustle dance cut, "Walk Away From Love." It was another great performance and paved the way for the equally satisfying 1976 hit, "Everything's Coming Up Love."

After fading again from sight over the next few years, Ruffin left Motown for Warner Brothers in 1980 and recorded So Soon We Change with producer Don Davis. While not uniformly strong, the disc had fine performances on the title cut and the modest hit ballad "Break My Heart," and appeared to signal a new beginning for Ruffin. However, 1981's Gentleman Ruffin stiffed (though it included the nice love song "All I Need"), and Ruffin's solo recording career was essentially done.

By the 1980s, Ruffin's problems with drug addiction became more pronounced and affected both his voice and his career. He also ran into legal problems with the IRS and was found guilty of tax evasion. However, his glorious past continued to create opportunities for him. He rejoined the Temptations in 1982 for a reunion tour and album, but old problems (including Ruffin missing performances) reemerged, and the reunion tour ended bitterly. Then Ruffin and former Tempts-mate Eddie Kendrick began touring together, and ultimately landed a recording contract with the help of Hall & Oates. They made a live album with H&O and followed it up with 1987's Ruffin and Kendrick, a mediocre disc that had a couple nice cuts (including the moderate hit "I Couldn't Believe It").

In 1990, Ruffin, Kendrick and Ruffin's Temptations successor, Dennis Edwards, began touring as a sort of parallel universe Temptations, and were successful in attracting audiences around the world.

However, it seemed that every time that Ruffin's talent brought him new opportunities, problems followed closely behind. Ruffin's drug addiction continued to sap him dry and, sadly, led to his nearly anonymous death by cocaine overdose in Philadelphia on June 1, 1991.

While personal demons dogged David Ruffin nearly his entire adult life, his vocal performances as a Temptation and as a solo singer are justifiably revered by fans around the world. While there is a certain sadness in wondering what more he could have accomplished if his life and career had not been cut short, his musical legacy is sufficiently strong to consider him among the all time great Soul Music singers, and his work is still breathtaking decades after his death.