A 50th Anniversary Tribute to the biggest musical duo ever: Hall & Oates 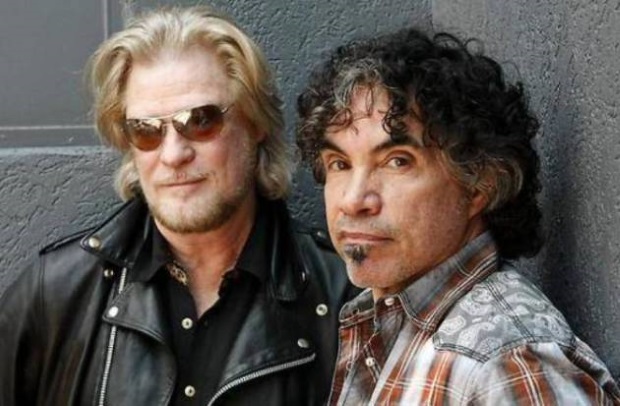 They are the most successful singing duo in history, and today we celebrate their 50th anniversary together. Of course, we’re talking about the legendary twosome, Daryl Hall and John Oates.

They are the most successful singing duo in history, and today we celebrate their 50th anniversary together. Of course, we’re talking about the legendary twosome, Daryl Hall and John Oates.

During the late 60s, as Detroit ruled the pop and soul airwaves, the seeds for the next dominant soul city, Philadelphia, were germinating.  And while they're often not given their due as soul artists, two Temple University students, Daryl Hall & John Oates, were among the most talented and influential of these upstart Philadelphia musicians.  While in school, Hall became a member of the Romeos, a vocal group that included the future "Big Three" foundation of the Sound of Philadelphia, Kenny Gamble, Leon Huff and Thom Bell, and shared the music sensibilities and song craftsmanship of those music giants.  Hall and Oates were then acquaintances, and ultimately teamed together for good in 1970 under the management of future Sony chief Tommy Mottola, who landed them a recording contract with Atlantic Records.

Alternating between blue-eyed soul and folk sounds, H&O recorded three relatively unsuccessful Atlantic albums, though working with top producers Arif Mardin and Todd Rundgren.  The best of these was Abandoned Luncheonette, a wonderful acoustic soul album (twenty-five years before that genre was labeled by India.Arie) that was shockingly ignored at the time (it would get its revenge later), but which demonstrated the developing songwriting skills of the duo.  They received vicarious props, though, as Tavares took a cover of their ballad, "She's Gone," to the top of the Soul charts.

In 1975, H&O moved to RCA and hit gold immediately with the smash "Sara Smile" (later covered by After 7) a brilliantly soulful ballad that showed Daryl Hall to be one of the great soul voices of the era.  This led to the re-release by Atlantic of Abandoned Luncheonette and the single "She's Gone," which then went top 10.  They followed the next year with the excellent album Bigger Than Both Of Us¸ which was propelled by the #1 pop hit "Rich Girl."

Hall and Oates consciously transitioned to more of a rock sound over the remainder of the decade, and the resulting albums were both less satisfying and less popular.  Then in 1980, when the twosome appeared to be on the verge of becoming irrelevant, they released a remake of the Righteous Brothers' "You've Lost That Lovin' Feeling" that recaptured radio's attention. They followed with the chart-topping "Kiss On My List," and then with a string of well crafted, upbeat, radio-friendly songs that dominated airplay for the next decade.  Cuts like "Private Eyes," "You Make My Dreams," "Maneater" and "I Can't Go For That" all topped the charts (the latter song even went to #1 on the Soul charts), ultimately making Hall & Oates the best selling duo in music history and one of the biggest acts of any kind in the 80s. And their fun, pioneering videos will forever tie them to the look and feel of that decade.

After releasing a well-intentioned but mediocre live album with former Temptations Eddie Kendrick and David Ruffin, H&O moved to Arista Records for two lesser albums before going silent, their chart magic behind them.  During the remainder of the 90s they worked the oldies circuit, hitting the casinos and summer outdoor amphitheaters. Daryl Hall recorded a couple unsuccessful solo albums during this period, and the group's one release, the surprisingly enjoyable Marigold Sky, was ignored. The backlash from their 80s success was, unfairly, in full bloom.

In 2002, after a decade out of the spotlight, H&O became the subject of a VH1: Behind the Music episode.  It was extremely popular and coincided with the release of the group's best single in 20 years, "Do It For Love," a wonderfully crafted song that was clearly the product of mature artists, but with the lyrical joy of early Philadelphia soul.  It shocked the music world by shooting to the top of the AC charts. The duo planned to reunite with then-Sony President Mottola for the Do It For Love album; however, his departure from Sony stalled the project for several months and it was nearly a year before the album was independently released.  The wait was worth it, though, as the disc, a welcome return to their acoustic soul sound, was their first truly great album in years and the perfect complement to the hit title song.   Do It For Love is a virtual songwriting clinic for younger artists (listen to the title cut or "Something About You") and a lesson for older artists on using maturity as an ally in making music.

The success of Do It For Love led Hall to release a previous Japan-only album, Can't Stop Dreaming, in the US.  Even better was his later album, Laughing Down Crying.

In 2008, Daryl Hall launched a new website and ongoing series of music videos with friends called Live from Daryl's House. It was an internet sensation that later became a television sensation, introducing a new generation of fans to the duo's auspicious history, while creating some tasty jam sessions with younger artists. Four decades into their careers, Hall and Oates were hot again. And their long, illustrious career was captured in 2009 with the box set, Do What You Want, Be What You Are.

While Hall & Oates have ceased recording new music together, like Summer they are back on tour every year, visiting outdoor venues in the US, often in tandem with other acts such as Train or Michael McDonald or AWB. And they sound as good as ever. Happy 50th, guys!