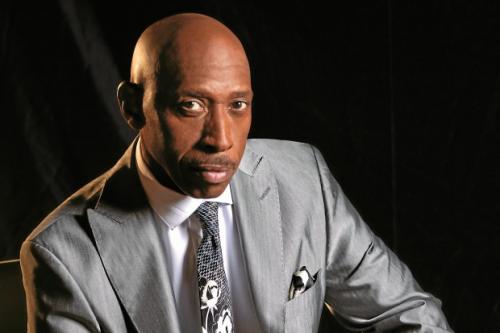 (March 9) We wish a very happy birthday today to the great Jeffrey Osborne, one of the all-time great soul singers, who has won over millions of fans both as part of LTD and as a solo singer, born March 9, 1948.

As Lionel Richie would do a year later, in 1982 Jeffrey Osborne began the second phase of his amazing career, moving from his long-standing role as the lead singer of L.T.D. to a first-rate solo career that continues to this day.

(March 9) We wish a very happy birthday today to the great Jeffrey Osborne, one of the all-time great soul singers, who has won over millions of fans both as part of LTD and as a solo singer, born March 9, 1948.

As Lionel Richie would do a year later, in 1982 Jeffrey Osborne began the second phase of his amazing career, moving from his long-standing role as the lead singer of L.T.D. to a first-rate solo career that continues to this day.

Born into a musical family in Rhode Island (his father was a noted jazz trumpeter), Osborne was playing professional gigs as a drummer before his 16th birthday. After high school he moved to Los Angeles and joined a self-contained soul/funk group that would ultimately be named Love, Togetherness and Devotion, or L.T.D. His rich, expressive baritone ultimately moved him to lead vocalist position, and during his tenure the group scored multiple pop and soul hits on A&M Records, including the dance classic "Back In Love Again" and a string of memorable ballads such as "Stranger," "Where Did We Go Wrong?" and "Love Ballad" (later remade as a dance tune by George Benson).

After over a decade with L.T.D., and while the group was still on top, Osborne left to pursue a solo career, remaining on A&M Records. L.T.D. released the acceptable Love Magic following Osborne's departure, but never really recovered from the loss. However, Osborne reached greater heights as a solo artist. His eponymous debut album was terrific, combining quirky dance tunes such as "I Really Don't Need No Light" along with radio-friendly ballads like "On The Wings of Love." Best of all was an Osborne-penned ballad masterpiece, "Congratulations," an emotional song of loss that remains one of his greatest tracks.

His follow up album, Stay With Me Tonight, was equally strong, with even better dance songs ("Don't You Get So Mad" and "Plane Love") and some solid slow tunes (the best of which was "I'll Make Believe"). Osborne continued to score on the Soul charts and, to a lesser extent, on the pop charts, into the early 90s with urban adult contemporary hits such as "Let Me Know," "She's On The Left," "You Should Be Mine" and "Only Human," the latter of which appeared on his first and only Arista album.

Oddly, though Osborne maintained a solid following, he found himself without a record contract in 1992 and, save an independently released Christmas album in 1997, remained relatively quiet for the rest of the decade. In 2000 he was signed by Windham Hill's Private Music subsidiary, part of an attempt by Windham Hill to broaden its appeal beyond New Age music through the signing of soul artists such as Osborne, Peabo Bryson, Phil Perry, Barry White and Glenn Jones. His sole release for that label, That's For Sure, was a moderate success, but didn't match the quality or popularity of his earlier work. The Private Music label was then dropped by acquirer BMG and Osborne decided to release his Music Is Life in 2003 on his own JayOz label, giving him more artistic and financial control. The disc featured the beautiful wedding ballad "Rest of Our Lives," but unfortunately did not have the recording budget or label support of his earlier work.

In 2004, Osborne performed a few shows with Dave Koz and found much of his 70s and 80s audience had become smooth jazz fans. He repeated for a full tour with Koz in '05 and its success convinced Osborne to do something he had thought of for awhile: record an album of great soul songs of the 60s-80s that would appeal to both soul and smooth jazz audiences. The result of this effort was From the Soul, released in October of 2005 on JayOz, in cooperation with Koch Records. It was a tasty compilation of some well chosen covers, including some unusual ones such as Whitney Houston's "All at Once" and Stevie Wonder's "Knocks Me Off My Feet." And it's always welcome to hear the wonderful Wendy Moten singing background. The first single from the disc was a nice version of the 60s classic "Yes I'm Ready." He didn't record again until 2009, when he released his first live album. He then followed with the terrific A Time For Love, an album of standards produced by George Duke. He followed it in 2018 with the hit album, Worth It All, on Mack Avenue Records. His voice still sounds as good as ever and he still writes powerful music. Happy birthday, Mr. Osborne!