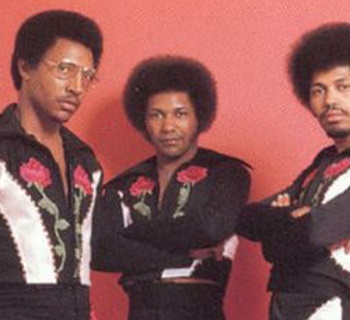 (December 9, 2021) The past two years have been particularly difficult for soul music fans, as so many of the genre's greatest artists have passed on. But this one cuts deeper than the rest for me. Ralph Tavares, the eldest member and longtime leader of the family group Tavares, has died just two days before his 80th birthday.

(December 9, 2021) The past two years have been particularly difficult for soul music fans, as so many of the genre's greatest artists have passed on. But this one cuts deeper than the rest for me. Ralph Tavares, the eldest member and longtime leader of the family group Tavares, has died just two days before his 80th birthday.

Ralph was my first interview ever, as a young music reviewer. I was 18 years old and writing for a small college newspaper, and he kindly agreed to meet with me – at the peak of Tavares’ popularity -- at his hotel before a concert in Detroit. He was incredibly gracious to a novice writer, and even took me backstage before the show to meet with his brothers. It began a friendship that continued throughout my college years, and he never hesitated to talk with me honestly about his career or the music business. Our regular calls led to the surprising conversation in 1983, when he told me he was going to leave the group to spend more time with his young family. But more about that in a minute.

Originally called "Chubby and the Turnpikes," the Tavares brothers spent the late '60s and early '70s in their native New England covering tunes of R&B greats at various clubs, while trying to land a record deal. They finally scored a contract with Capitol Records' then-new black music division and released their first single, "Check It Out," in 1973. It soared to the top 10 on the R&B charts and became the group's first top 40 pop hit. It also became the centerpiece for the their Johnny Bristol-produced debut album, an excellent example of early '70s Soul that also featured the hit "The Sound That Lonely Makes." The Check It Out LP gave the first glimpse of tight brotherly harmonies and alternating lead vocals that would become the Tavares trademark sound.

Capitol teamed the group next with Dennis Lambert and Brian Potter, hot producers/writers who were coming off the hugely successful Keeper of the Castle album for the Four Tops. They led Tavares through two successful LP, and the group's first #1 R&B hit (a cover of Hall & Oates' "She's Gone") and first top 10 pop hit ("It Only Takes A Minute"). Tavares was on a roll.

If their first three albums set the Tavares brothers up for success, the fourth, Sky High, (produced by Motown veteran writer/producer Freddie Perren) and its international hits, "Heaven Must Be Missing An Angel" and "Don't Take Away the Music," led the group to the "A" list of popular black artists. Perren moved the group to a hotter, crisper beat-heavy sound not hinted at in Tavares' earlier releases and the timing couldn't have been better, as the disco boom was about to explode. Tavares’ emerging popularity in the dance community led to an unexpected pivotal moment in 1977: the group's cover of the Bee Gees' "More Than A Woman" was included on the Saturday Night Fever soundtrack, giving the act its greatest exposure ever (as well as its only Grammy award), but bringing with it a label that Tavares would spend years trying to shake - that of "Disco Group."

The brothers spent the next several years working with a who's who of emerging producers, from David Foster to Kashif to Benjamin Wright, broadening their sound and confounding critics who levied the “disco” label. The group hit the charts several more times with varied styles of songs before changes in the music industry and the normal arc of a career took their toll. By 1983, Tavares’ recording years ended, though the group scored one last Grammy nomination for the ballad, “Penny For Your Thoughts.”

About that time, Ralph decided to leave the group, as frustration with the industry and guilt about time away from his family took their toll. As he said in an interview years later, "One day I came off the road and saw my little girl in a snowsuit. That look on her face told me, 'You can't do your best unless you're home.'" So he resigned from the act to spend more time with his wife and their two children. He become a court officer in New Bedford, Massachusetts, a position he held until his retirement nearly three decades later.

But those years away didn’t take the love of music from Ralph’s life. And when his brother Pooch suffered a stroke in 2014, the remaining brothers invited Ralph back into the group, a role he continued for the next seven years, hitting the road again in shows around the world. It was a beautiful “full circle” moment, as the elder brother was once again onstage with the siblings he had performed with since childhood.

Ralph is survived by his wife of 54 years, Karen, his children, Michael, Dionne, Amber, and Ralph Jr., his brothers, Chubby, Pooch, Butch, Tiny, John and Victor, his sisters Jenny “Wowa” Baptiste, and Deolina “Pitch” Borges and predeceased sister Eva Timms. He leaves behind 8 grandchildren, and a host of nieces, nephews, and cousins.

We will be praying for Ralph’s family, for their loss of this great man. And music fans around the world will celebrate the life of an artist who gave his all to both music and his family.

Thank you to Sgt. Gary for letting us know