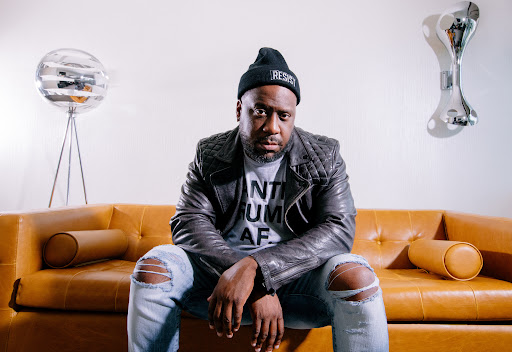 Robert says, “I’m really excited for people to see these shows. People have been asking when I’m coming to their city but I can’t travel everywhere right now, obviously. It was a really cool experience to perform in the space with 3D screens. It looked kind of trippy and fun while we were recording, so I’m looking forward to watching it again and being able to experience it with fans that can’t see me live right now. I hope they have as much fun watching it as we did while recording it.”

On Air is pushing the boundary by offering live streams in 4K UHD resolution and Dolby Atmos sound — providing fans with a rare opportunity to see one of this generation’s foremost artistic talents operating amongst state-of-the-art production design in a quality truly befitting of his music. On Air CEO Jakub Krampl says, “We are very excited to announce that On Air’s first production out of the US will be with the incredibly talented, 4x Grammy winning Robert Glasper. Given the current travel restrictions, On Air, with the help of our global partners, did the entire production remotely. We couldn’t have asked for a better performer than Robert, and we can’t wait for everyone to see not one, but two (!!) incredible shows”.

Robert Glasper is the leader of a new sonic paradigm whose work and accolades bridge all aspects of the music business — from live touring to film scoring, composing and producing. To date, he boasts four Grammy wins and nine nominations across eight categories, and an Emmy Award for his song for Ava Duvernay’s critically hailed documentary 13th with Common and Karriem Riggins. Glasper is entrenched as the musician of choice for some of the world’s most iconic artists including Kendrick Lamar, Herbie Hancock, Mos Def, Bilal, Ledisi, Lupe Fiasco, Kanye West, Jill Scott, Erykah Badu, Kaytranda, and more. With boundless innovation and elite technique as his signature, it’s no surprise that Glasper has an avalanche of accolades, awards, and achievements to his name. He’s an artist at the heart of a moment — and a movement — to champion Black music, Black people, and the possibility of a better future.