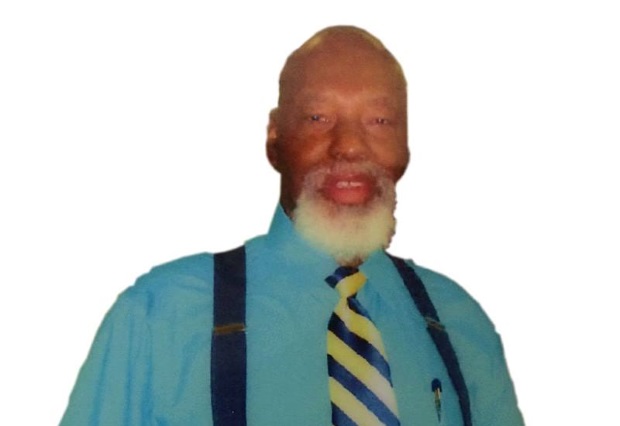 (October 16, 2018) One of the great, but unheralded groups of the 1970s was the massive outfit The New Birth, a talented band that had a full sound and talent galore. We’re sad to inform SoulTrackers today of the reported death of trumpeter Robert "Lurch" Jackson, who was there at the formation of the legendary act from a series of other small groups. The trumpeter with the imposing stature was nicknamed "Lurch" after the character on television's The Addams Family.

(October 16, 2018) One of the great, but unheralded groups of the 1970s was the massive outfit The New Birth, a talented band that had a full sound and talent galore. We’re sad to inform SoulTrackers today of the reported death of trumpeter Robert "Lurch" Jackson, who was there at the formation of the legendary act from a series of other small groups. The trumpeter with the imposing stature was nicknamed "Lurch" after the character on television's The Addams Family.

The history of the group began with the instrumental outfit, The Nite-Liters, which was originally formed in 1963 in Louisville, Kentucky by Tony Churchill and Harvey Fuqua. In its heyday, besides Churchill on tenor sax and vibes, the band featured Charlie Hearndon on guitar, James Baker on keyboards, Robin Russell on drums, Jackson on trumpet, Austin Lander on baritone sax, Leroy Taylor on bass, and, later, Carl McDaniel on guitar. Earlier members included Johnny Graham, later of Earth, Wind & Fire and Jerry Bell was also a member at one time.

In 1969, Vernon Bullock had thought of creating an ensemble of groups for a touring company and Harvey Fuqua and Tony Churchill soon took an interest. After discovering a male vocal group, The Now Sound (which featured Young, along with Bobby Downs, Ron Coleman, and George "Slim" House and also a female vocal group, known as Mint Julep, which featured Londee Loren, Tanita Gaines, Janice Carter and Pam Swent), they brought them together with The Nite-Liters plus additional vocalist, Alan Frye, calling the newly formed ensemble, The New Birth. The band came together in 1970 with their self-titled debut on RCA. Their second album, Ain't No Big Thing, But It's Growing, yielded a minor hit with their cover of Perry Como's "It's Impossible", in 1971.

Later that year, Bullock discovered a group from Detroit, Michigan called Love, Peace & Happiness, which featured former Marvelettes singer Ann Bogan and brothers Leslie and Melvin Wilson. Finding that they had the spark that was missing from the New Birth ensemble, he paired them with the Nite-Liters and original members of New Birth, Londee Loren, Bobby Downs and Alan Frye. The reorganized New Birth (as a staggering 17-piece ensemble) reached the Billboard R&B top 10 (#4 R&B, #35 pop) with their cover of Bobby Womack and The Valentinos' "I Can Understand It", which paved the way for the band's future success. By the time the song hit the stores, however, Ann had left to devote time to her family, leaving Londee Loren as the only female member. When Fuqua reportedly could not get the performance he wanted out of Londee on their next hit, "Until It's Time for You to Go", it featured, instead of the group members, future Supremes member Susaye Greene as lead vocalist, with Fuqua and Carolyn Willis of Honey Cone doing the spoken intro. However, Londee more than met the challenge in live performances and her voice matured on future releases.

In 1974, the group issued their album, It's Been a Long Time, which featured hits including the title track (#9 R&B) and their cover of the Skylark song "Wildflower". After the release of their sixth RCA album, Comin' From All Ends, the group split from RCA, Fuqua and their management company and signed with Buddah.

New Birth's Buddah debut, Blind Baby, featured the group's only number-one R&B single, a cover of the Jerry Butler classic, "Dream Merchant". By this time, the Nite-Liters had so merged with the New Birth that the instrumental cut that opened the album was solely credited to New Birth. A move to Warner Bros. Records produced several minor hits and the release of the 1977 album, Behold The Mighty Army, the Wilson brothers left following disagreements in the

The group including Baker, Churchill and Lander returned on Ariola in 1979 with Jerry Bell as their lead vocalist on Platinum City and in 1982 with the I'm Back album. Leslie Wilson had left the group to replace Jeffrey Osborne in L.T.D. whilst Jerry Bell departed in 1981 to become lead vocalist for Motown's Dazz Band.

While there were several incarnation of New Birth in the following years, the group's hits were behind it. But in the years since, a great appreciation for The New Birth and the performances -- both on record and in concert -- arose. Robert Jackson was a major part of that legacy. He was known most of all as an entertainer, a musician who combined his horn playing with a sense of fun and style that won audiences and helped create one of the great underrated bands of the 70s and 80s.

Portions of this article licensed under the GNU Free Documentation License. It uses material from the Wikipedia article New Birth

Thanks to SoulTracker Ron for letting us know