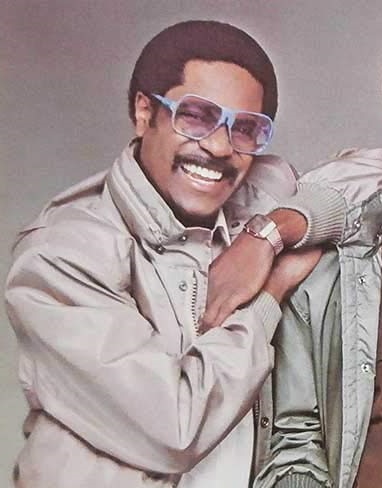 (November 2, 2021) Ronnie Wilson, 1/3 of the Wilson brothers who made up legendary R&B/funk group The Gap Band, has died after a long illness. He was reportedly 73 years old. Wilson's wife, Linda Boulware-Wilson, posted the following note on Facebook:

(November 2, 2021) Ronnie Wilson, 1/3 of the Wilson brothers who made up legendary R&B/funk group The Gap Band, has died after a long illness. He was reportedly 73 years old. Wilson's wife, Linda Boulware-Wilson, posted the following note on Facebook:

The love of my life was called home this morning, at 10:01am. Please continue to pray for The Wilson, Boulware, and Collins family, while we mourn his passing. Ronnie Wilson was a genius with creating, producing, and playing the flugelhorn, Trumpet, keyboards, and singing music, from childhood to his early seventies. He will be truly missed!!!

For more than a decade the Gap Band rode at the top of the R&B charts, creating great music that has increased in stature over time. Their work influenced a new generation of artists who have liberally borrowed from the Gap sound in creating modern soul and hip-hop albums.

Formed in Tulsa, Oklahoma in the early 70s by brothers Charlie, Ronnie and Robert Wilson, the Gap Band often mimicked musical pioneers George Clinton, Stevie Wonder and Earth Wind & Fire before developing their own distinctive sound in the early 80s that propelled them to the forefront of soul and funk music. Named as an acronym for three streets in Tulsa, the Gap Band spent most of the 70s as backing musicians or as the warm-up act for visiting artists ranging from the Rolling Stones to Willie Nelson.

The group recorded a couple minor albums in the mid-70s but received their first taste of national success only after signing with Mercury Records in 1979. Working with producer Lonnie Simmons, the Gaps hit the top of the Soul charts with the Clinton-inspired humorous cut "I Don't Believe You Want to Get Up and Dance" (more commonly known for the repeated rap "Oops Upside the Head"). However, the group didn't distinguish itself from the remainder of the burgeoning pack of disco-funk groups until 1980's III, an excellent disc on which the Gap Band broke out of the shadow of its influences to establish its own brand of infectiously funky, electric sound characterized by the album's big hit, "Burn Rubber," along with the now classic ballad, "Yearning For Your Love."

The Gap Band's next album was its biggest. IV became one of 1982's most notable soul albums and popped out three top 10 crossover smashes, "Outstanding," "Early In the Morning" and the group's signature hit, "You Dropped A Bomb On Me" - a song that has since been sampled by other artists countless times. About that time the Gap Band was also becoming a great touring funk band, and the group spent the remainder of the 80s topping bills around the world while also maintaining its Soul radio popularity with hits such as "Big Fun," "Party Train," "Beep A Freak" and a #1 remake of the Friends of Distinction's "Going In Circles." Charlie Wilson also established himself as one of the most distinctive lead singers in soul music, as his slightly raspy, strong baritone powered also not only Gap hits, but also songs of other artists (most notably Zapp's "Computer Love").

By 1990, a general decline in the quality of the group's work, a changing in musical tastes and Charlie Wilson's slippage into alcohol and drug addiction sidelined the Gap Band. However, Wilson overcame his addictions and the group proclaimed its return with a national tour and the aptly titled 1996 album Live and Well. The Wilsons continued to perform (successfully) and record (not so successfully) over the remainder of the decade.

The 2000s brought a change for Charlie Wilson, who left the group to establish one of the great adult R&B solo careers, now into its third decade. And the new millennium also created new appreciation for the group’s work, as classic Gap Band tracks were repeatedly remade or sampled by a new generation of stars.

Tragedy struck in 2010 as brother Robert Wilson, often referred to as "The Godfather of Bass Guitar," died of a massive heart attack in his California home, at only age 53.

Ronnie Wilson later focused on his Christian faith, and became a Minister of Worship at Community Bible Church in San Antonio. He also recorded and performed Gospel music. Trying to rekindle his R&B career, Ronnie toured with a new version of The Gap Band in the ‘10s, ultimately leading to a lawsuit between him and Charlie regarding use of the name. And the brothers were back in legal news a couple years later – but on the same side -- when they resolved a suit with Bruno Mars and Mark Ronson over the song “Uptown Funk,” and its appropriation of the syncopation from the Gap Band’s well-known hook “Oops Upside The Head.”

Charlie Wilson posted on his social media pages the following message about his brother's passing: Thank you for sharing your prayers & love regarding the loss of my brother Ronnie. I appreciate all your messages & am grateful for the support during this difficult time.  "He heals the brokenhearted, and binds up their wounds." (Psalms 147:3)

The Gap Band has secured its place in soul music history through a number of great cuts that have stood up well and that continue to exert an influence on both classic soul radio and on younger artists of the hip-hop generation. Ronald Wilson’s influence will be felt for years to come. We pray tonight for the Wilson family, including the legendary Charlie Wilson, who is now the sole remaining living member of the iconic group.

Thanks to SoulTracker Lamont for letting us know.