We remember Teddy Pendergrass on the 10th anniversary of his death 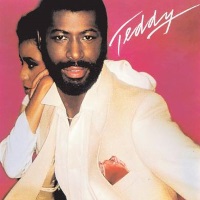 Today we commemorate the 10th anniversary of the death of legendary soul singer Teddy Pendergrass, who died on January 13, 2010, from complications related to colon cancer.

As the lead singer of the vocal group Harold Melvin and the Blue Notes and later as a solo artist, Teddy Pendergrass established himself as one of the most successful R&B male singers of his generation.

Today we commemorate the 10th anniversary of the death of legendary soul singer Teddy Pendergrass, who died on January 13, 2010, from complications related to colon cancer.

As the lead singer of the vocal group Harold Melvin and the Blue Notes and later as a solo artist, Teddy Pendergrass established himself as one of the most successful R&B male singers of his generation.

Pendergrass, Philadelphia native, began singing in church and by his teen years had developed into both a fine vocalist and an excellent drummer.  His work in a local group called the Cadillacs ultimately landed him to popular Philly group leader Harold Melvin, who recruited Pendergrass to join his Blue Notes group.  Pendergrass's expressive, gruff vocals and his sexy stage presence worked beautifully in the group context, and with production and material from the now legendary Gamble & Huff team, Harold Melvin and the Blue Notes became one of the biggest vocal groups of the mid-70s.  Top notch tracks such as "If You Don't Know Me By Now," "The Love I Lost" and "Wake Up Everybody" were made even more electric in Pendergrass's hands.

It was natural that a strain would occur where the undoubted focus of the group, Pendergrass, was subordinated in billing to the group's original leader, Melvin.  And by 1977 Pendergrass decided to venture on his own, signing with Gamble & Huff , while Harold Melvin & the Blue Notes moved on to ABC.  The move paid immediate and long-lasting dividends for Pendergrass, as he became the centerpiece of G&H's stable of stars  and beginning a fantastic career as a solo artist that would place him at the top of the R&B world.

From 1977 until 1982, Pendergrass released one platinum album after another, highlighted by mostly sensual soul hits like "I Don't Love You Anymore," "Turn Off The Lights" and "Close The Door." He became the first male R&B singer to release five consecutive multi-platinum albums.

Tragedy struck in 1982 as a limo accident left Pendergrass a paraplegic and hospitalized.  He battled to a return a year later on Elektra Records, but his voice, while still memorable, had lost a noticeable amount of strength.  Despite being confined to a wheelchair, Pendergrass continued to perform publicly and landed another series of major R&B hits, including the duet "Hold Me" (with a young Whitney Houston), "You're My Latest My Greatest Inspiration" and the #1 smash "Joy."

Pendergrass later founded the Teddy Pendergrass Alliance, an organization whose mission is to encourage and help people with spinal cord injuries achieve their maximum potential in education, employment, housing, productivity and independence.

As the 90s arose, Pendergrass remained active, recording every few years and continuing to chart, albeit at a lower level than in his heyday.  In 2001, he made his first concert performance in nearly two decades, performing in Atlantic City to sold out audiences.

In 2009, Pendergrass was diagnosed with colon cancer and had surgery. He never fully recovered, and died on January 13, 2010, at age 59. He will be sorely missed, but as his son, Teddy Pendergrass II, said in a statement at the time of his death, "He will live on through his music."