Tommy Debarge of Switch dies at 64 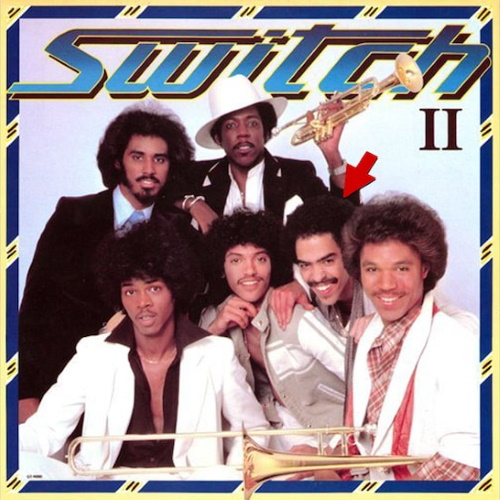 (October 22, 2021) He was co-founder and bassist of one of the most popular R&B groups of the 70s -- Switch -- and a member of the soul music royal famly, DeBarge. We are sad to inform SoulTrackers of the death of bassist and singer Tommy DeBarge at age 64. DeBarge had been ill for some time, suffering from kidney and liver ailments, and had also battled COVID earlier this year.

(October 22, 2021) He was co-founder and bassist of one of the most popular R&B groups of the 70s -- Switch -- and a member of the soul music royal famly, DeBarge. We are sad to inform SoulTrackers of the death of bassist and singer Tommy DeBarge at age 64. DeBarge had been ill for some time, suffering from kidney and liver ailments, and had also battled COVID earlier this year.

DeBarge's daughter Marina Reeves posted on Facebook: My father lived for several years with kidney disease, and later battled both kidney and liver disease. He was a trooper. He even combatted Covid 19 earlier this year and recovered from it. Never one to really complain, my father used his faith and good humor to power through anything. He never lost his zeal for life. He still loved his music and had recently picked up a passion for writing. He authored his own autobiography, There”ll never Be: A story of forgiveness. One of his last conversations, was with his nurses, when he told them all about his escapades as a founding member of the R&B group, Switch. Switch was his pride and joy…only narrowly surpassed by his children and grandchildren. Faith and family is what fueled my father, and I know he would want me to remind people that at the end of the day, your faith and your family is all that really matters, so love the people in your life, NOW, and never lose faith that any and everything can be turned around for the good.

The 1970s brought the transition from the golden era of vocal R&B groups to an emerging cadre of self-contained funk and soul bands, and one of the most talented, but unheralded, was the septet known as Switch. Formed in 1974 by Tommy and his brother Bobby Debarge along with Greg Williams (all of Grand Rapids, Michigan) Akron, Ohio natives Phillip Ingram (brother of James Ingram), Eddie Fluellen and Jody Sims, Switch formed a sound that rode the border between sweet soul music and Ohio-style funk.

In the mid-70s, the group moved to Los Angeles and was signed by Barry White. Called White Heat, it issued one White-produced album, which failed to garner attention. A chance meeting with Jermaine Jackson got the members an audition at Motown, where they wowed the executives with their musicianship -- particularly  their ability to switch from instrument to instrument during a song, which led to a renaming of the group to Switch.

Once signed by Motown and assigned to the Gordy label, Switch hit the top 10 with their debut single, the cool midtempo number "There'll Never Be." They followed it with the Jermaine Jackson late night love ballad, "I Wanna Be Closer," and the group's self-titled debut album went Platinum. Switch immediately went back into the studio and within a year released Switch II, which yielded the moderate dance hit "Best Beat In Town" and arguably the group's signature song, the ballad "I Call Your Name." Internal group strife and drug problems led to a less stellar third album, Reaching For Tomorrow, and by the time of the fourth album, This Is My Dream, Switch was hanging together by a thread (though "Love Over and Over Again" became a surprise Top 10 hit). Switch V came and went without notice, and the both DeBarge brothers and Ingram left for solo careers.

The remaining members of Switch soldiered on with new entries Joe Robinson, Gonzales Ozen and keyboardist Attala Zane Giles, and signed with Total Experience Records (home of their contemporaries The Gap Band) and recorded a final album Am I Still Your Boyfriend in 1984. It did not rekindle interest in the group, and by a year later Switch was no more.

While Ingram found success as a producer and background singer, Bobby DeBarge died of AIDS-related complications in his home in Grand Rapids, Michigan on August 16, 1995 at age 39 and Tommy DeBarge suffered legal and physical problems from drug addiction. But he eventually found his way back to a better life, and was recalled fondly by family members as a good father and sibling.

Williams, Fluellen and Ingram reunited in 2003, and recruited guitarist Michael McGloiry and new lead singer Akili Nickson. That version of Switch continues to perform to this day.

The DeBarge family has brought so much joy to millions and has also suffered many tragedies over the years. Our prayers are with that family today, as we all mourn Tommy D's passing.