You've heard of Yacht Rock? Now there is Yacht Soul 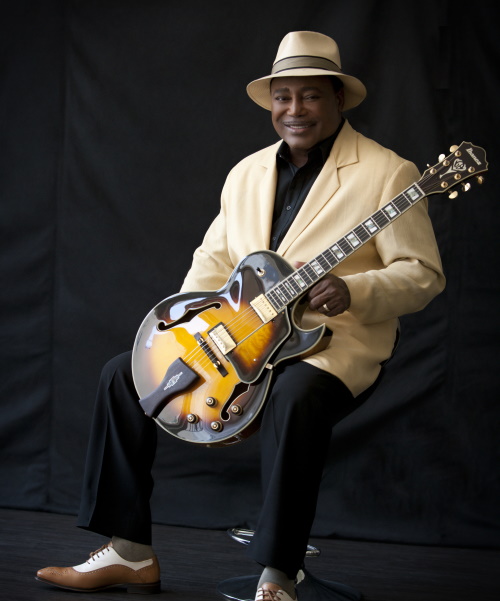 Visit just about any suburban boomer backyard summer party, and you’re likely to hear a healthy dose of “Yacht Rock.” The seemingly pejorative term was popularized in a series of parody videos more than a decade ago, and has stuck as a descripter of the smooth, California sound of the late 70s and early 80s from such artists as Christopher Cross, The Eagles and Michael McDonald. And it is huge with its middle-aged, mostly Caucasian demographic. The Yacht Rock playlist on Spotify has nearly 700,000 followers, and Sirius Radio dedicates an entire station to it.

Visit just about any suburban boomer backyard summer party, and you’re likely to hear a healthy dose of “Yacht Rock.” The seemingly pejorative term was popularized in a series of parody videos more than a decade ago, and has stuck as a descripter of the smooth, California sound of the late 70s and early 80s from such artists as Christopher Cross, The Eagles and Michael McDonald. And it is huge with its middle-aged, mostly Caucasian demographic. The Yacht Rock playlist on Spotify has nearly 700,000 followers, and Sirius Radio dedicates an entire station to it.

More recently, there has been much talk about a similar style of R&B music that peaked about the same time, now labeled as “Yacht Soul,” and it got me wondering: Is that really a thing? For me, it began when I was invited to the Yacht Soul Facebook Group, and heard about a dedicated radio show in the UK. Paul Clifford (who himself discovered the term from a Katie Puckrick documentary) created the Solar Radio Yacht Soul show, and he is passionate about the style of music that it represents: “Smooth, well-crafted, super-engineered with the sprinkling of perfect musicianship. It is where soul music from the late 70s and album oriented rock collided to create a perfect blend that has stood the test of time - thanks in large part to the meticulous songwriting and producing of the era.” Clifford, with Richard Searing, compiled a massive Yacht Soul playlist, and he believes that the most representative songs are “Turn Your Love Around” by George Benson, “After The Love Is Gone” by Earth Wind & Fire, and “Why I Came To California” by Leon Ware.

A “highly subjectively selected niche of songs characterized by slick production, laid back grooves, and light sometimes romantic lyrics,” is how veteran music journalist A. Scott Galloway (who is less convinced that Yacht Soul is actually a separate music category) describes it. He also perceptively adds that “Most key seems to be the factor of the songs either being by White artists that are soulful or Black artists dabbling in shades of groovy soft rock.”

Indeed, there is a strong thread of top tier interracial studio performers that runs through the Yacht Soul oeuvre. David Foster and Jay Graydon – two of the most ubiquitous songwriters and producers of the 80s - are the Kevin Bacons of Yacht Soul. Not far behind are the members of the band Toto, and super session musicians Paulinho DaCosta, Nathan East, Greg Phillinganes, Louis Johnson, Ernie Watts, Narada Michael Walden, the Sembello brothers and Bill Champlin. Not coincidentally, DJ and writer Greg Caz points out that Yacht Soul was “created in the same LA studios that were pumping out what we now know as Yacht Rock, and generally using the same core of session players. The Los Angeles studio circuit is Ground Zero where Yacht Soul is concerned.”

So is Yacht Soul really just rebranded Yacht Rock? Noted music lawyer (and SoulTracks contributor) Robb Patryk, says maybe not. “The ‘soul’ often is found in the vocals, which tend to be similar to those heard on classic soul and R&B records of that same era,” even if performed by white artists, such as Gino Vanelli. So, perhaps it is the combination of the slick production and the soulful vocal performance that makes something Yacht Soul. In other words, it is El Debarge’s singing that makes “Someone” Yacht Soul, while Christopher Cross’s “Alright” definitely isn’t. And it is the slick, pop production of Earth Wind & Fire’s  “After The Love Is Gone” that makes it a Yacht Soul exemplar, in contrast to the soulful vibe of the group’s classic ballad “Reasons.”

But our go-to soul music historian, record compilation guru Donald Cleveland, says that we have Yacht Soul question entirely backwards. “To be honest, Yacht Rock should have been called Yacht Soul from the start. Anybody with ears knows that. The only thing ‘rock’ about Yacht is the label that was on the albums as originally released, so they could be filed separately from the ‘Soul’ albums. It was just easier for the White people listening to this music with obvious soulful stylings to just keep the White ‘rock’ labeling going, even if the musicians themselves were influenced by and working from a framework of Black Soul.” Mama’s Gun lead singer Andy Platts agrees. “Really if we’re honest, you don’t get ‘Yacht Rock’ without the evolution of Black music in the first place, from which it borrows heavily, so perhaps this just underscores the issues with appropriating and using terms like the ‘yacht’ label.”

These are the kinds of discussions that have been swirling around social media over the past few months, as Yacht Soul groups developed. And if it feels like the debates are just so much inside baseball nonsense, Purpose Music co-CEO George Littlejohn takes a more positive view of what has been special about the Yacht Soul kerfluffel: “I still really do not exactly know what Yacht Soul is, but I do know I am always happy to see people posting and talking about soul music intelligently. And I take great joy in seeing them uncovering rare grooves,” citing songs like Brenda Russell’s "Hello People," Sheree Brown’s “Got To Get Away,” and projects by Heat, Seawind and Donna Washington that have resurfaced in Yacht Soul musings.

Maybe that’s the key here. Love or hate the term, “Yacht Soul” has music fans talking passionately, and revisiting a series of terrific songs, many of which have been lost gems for decades – and, just as importantly, giving some long overdue shine to the artists who made them. And that right there makes it all worth it.