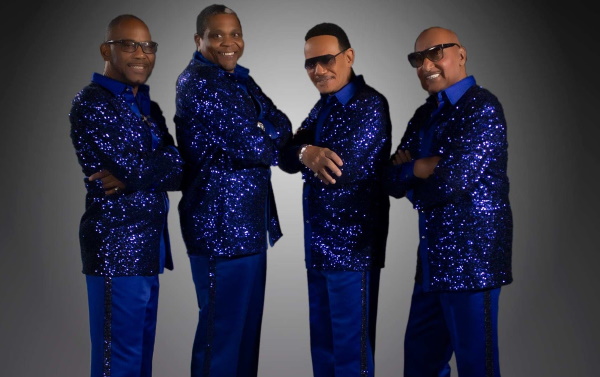 Formed in the mid-50s as high schoolers in Detroit, Levi Stubbs, Obie Benson, Lawrence Payton and Duke Fakir were first known as the Four Aims. However, to avoid confusion with the popular Ames Brothers vocal quartet, the group changed its name to the one that would become synonymous with Detroit's "Sound of Young America," The Four Tops. After cutting several unsuccessful tracks for various record labels in the late 50s and early 60s, the Tops signed with Berry Gordy's Motown label and teamed with super songwriters Holland/Dozier/Holland. Their first collaboration, "Baby I Need Your Lovin," was a smash crossover hit and set the stage for future successes.

The Tops rose to the A-list of soul music stars and became, along with the Temptations, the male group leaders of the Motown hit machine. They couldn’t dance like the Temptations, but The Four Tops had a secret weapon:  the incomparable voice of lead singer Levi Stubbs. His bellowing, impassioned wail was the perfect contrast to the ultra-slick Motown arrangements, and created some classic Motown moments, from "Reach Out, I'll Be There" to "I Can't Help Myself" to "Bernadette." In all, they had over two dozen hits on Motown during the period 1964-1972 and established themselves as one of the top Soul groups of the era.

Sadly, three of the four original Four Tops died over the course of 11 years, beginning with Payton in 1997, Benson in 2005, and Stubbs in 2008 after a long illness. However, the Four Tops have soldiered on, now more than 60 years after they began.

In early 2021 the Four Tops entered the studio to perform the excellent “When You Call My Name,” a new song that appeared on Morris’s solo album, January. And they are currently working on their first full studio album in more than two decades. Also coming is a planned Broadway musical on the group’s history as well as a documentary. Finally, with concerts now coming back, the Tops are on the road with the Temptations for another "Tempts and Tops" tour.

In the end, the story of the Four Tops is one of group harmony, on and off the stage. And after more than six decades, when fans reach out, the Four Tops are still there. Be sure to check them out when they come to your town.