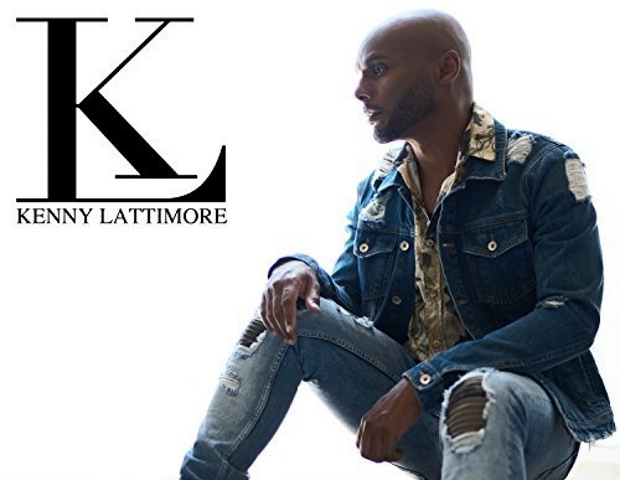 Born and raised in Washington, D.C., Kenny Lattimore became a music aficionado at an early age, and performed publicly throughout high school.  He then attended Howard University (where one of his musical idols, Donny Hathaway, had spent three years), where he studied architecture, not music.  Nonetheless, the music bug kept him, and following his graduation he joined the group Maniquin, which recorded one unsuccessful album in the late 80s.  He left the group in 1990 and became a popular writer for other soul artists, including Glenn Jones and Jon Lucien.

Wanting to become a solo recording artist, Lattimore signed with Sony and, in 1996, released Kenny Lattimore, with an A-List of producers and musicians.  It came out of the box strong with the wonderful Kipper Jones composition, "Never Too Busy," a terrific midtempo number that recalled the best Bobby Caldwell cuts from the 80s.  It hit the Soul Top 20.  He followed it up with the ballad, "For You," a beautiful number that he brought to life with his expressive vocals. It became his signature song and one of the most popular wedding ballads of the decade. It also won for him a Grammy nomination, and he appeared to be on the brink of real stardom.

Lattimore took songwriting control over his next album, 1998's From the Soul of a Man, a much more personal album.  On it he showed himself a successor to the introspective, soulful music of Donny Hathaway, and even included a cover of a Hathaway favorite, "I Love You More Than You'll Ever Know."  His strong compositions such as "Days Like This" and "If I Lose My Woman" were not as radio-friendly as the songs on his debut, but the album was a superior effort and one of the better urban adult contemporary albums of the year.  The most surprising cut was a five-and-a-half minute soulful cover of George Harrison's "While My Guitar Gently Weeps," a masterful interpretation of a classic.

With Lattimore seeming a more traditional soul singer during a time of the emerging neo-soul movement, he was dropped by Sony, but was soon signed by Clive Davis at Arista. Unfortunately, Davis soon thereafter left Arista, and Lattimore found himself with a new team to put together his label debut, Weekend, with a decidedly more contemporary sound that wasn't a great fit for him. While the title cut was a moderate hit, the album was not as strong as its predecessors, and slipped from the charts quickly.

About that time, Lattimore met singer Chante Moore at one of her shows, and romance soon followed. Not only did they marry in 2001, but they began performing together. Live performances led to the recording of an album of duets together, with the goal of personalizing some of the great pop and soul ballads of the past three decades, including the Billy Preston/Syreeta classic "With You I'm Born Again," Rene and Angela's "You Don't Have To Cry," and Clint Black and Lisa Hartman's "When I Said I Do," along with a couple of new compositions.  The result, Things That Lovers Do, became Lattimore's biggest hit album (Top 5 Soul and Top 40 Pop), and led to a popular national tour and play.

Lattimore and Moore recorded again together, releasing Covered/Uncovered with less success before going back to their solo careers. In 2008, as his marriage with Moore was falling apart, Lattimore issued a collection of remakes titled Timeless, which spent a brief time on the charts. He then took time off from music to become a full time father of his young son, whose safety was a regular fear due to Lattimore's own childhood experiences (he had been molested as a young child). Around this time, Chante Moore filed for divorce, and an ugly custody ensued, leading to some ugly public utterances by her.

By the second decade of the 2000s, Lattimore was taking control of his career. He created his own record label, and issued a series of albums, the biggest of which was Vulnerable, which included the hit single "Stay On My Mind," and which won for him a SoulTracks Readers' Choice Award for Album of the Year. It was the capping point of a career renaissance, as Kenny Lattimore found the kind of career balance and connection with his adult audience that few artists successfully achieve as they approach 50. But he sounds better and more comfortable with his direction than ever, and continuing success has happily followed.

Never Too Busy: The Anthology

Anatomy of a Love Song