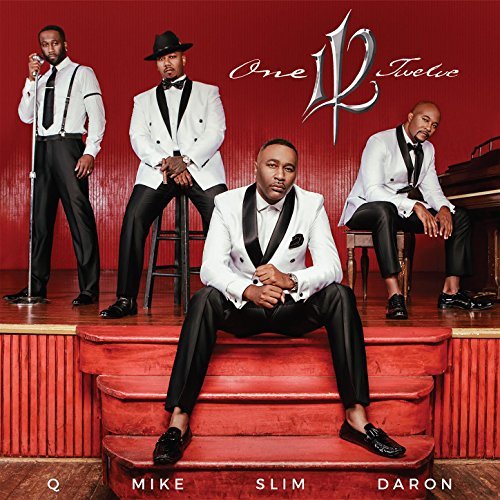 In the pantheon of ‘90s R&B, male vocal foursome 112 holds a distinctive spot. Tunes such as “Only You,” “Cupid,” and “Love Me” merged smooth, contemporary R&B tones with a hip-hop edge that highlighted the members’ notable harmonies while remaining rhythmically in sync with sounds of the day. As the 2000s began, the group continued to sharpen its relevance with a notably more sparse—yet often funky—musical backdrop on hits “Peaches & Cream” “Dance with Me,” and “U Already Know.”

In the pantheon of ‘90s R&B, male vocal foursome 112 holds a distinctive spot. Tunes such as “Only You,” “Cupid,” and “Love Me” merged smooth, contemporary R&B tones with a hip-hop edge that highlighted the members’ notable harmonies while remaining rhythmically in sync with sounds of the day. As the 2000s began, the group continued to sharpen its relevance with a notably more sparse—yet often funky—musical backdrop on hits “Peaches & Cream” “Dance with Me,” and “U Already Know.”

More than a decade has passed since 112 recorded an album as a unit, and on the aptly titled Q Mike Slim Daron, they aim to remind listeners of their trademark meshing of grooves for the streets and between the sheets. While they miss the mark a few times coming out of starting gate on several drab numbers filled with clichéd lyrics and vacuous arrangements, they manage to solidify the course throughout most of the CD’s following selections—if not exactly with the same spontaneity and edge that they once possessed. Coming off the heels of Slim’s disappointing sophomore solo set last year, the group has wisely distributed lead vocals widely this time around. Q and Mike, in particular, get ample time to flex their muscles in musical contexts that serve them well.

While it’s understandable that 112 wants to take a stab at reigning in younger listeners with recordings bearing the hollow musical trademarks of today’s urban radio atmosphere, the juvenile lyrical scope and tepid melodies of the opening “Come Over” and subsequent “Without You” do absolutely nothing to showcase their talents. On the former, Slim sings tepidly, “First thing in the mornin’ when you rollin’ over, you gon’ tell me, ‘Baby, can we do it over and over and over again’…You know you wanna tell me ‘Come over,’ so all you gotta say is ‘Come over’.” On the latter, the group expounds on the familiar theme of the limitations of material possessions with equally limited syntax and qualifiers: “Had a milli about a million times, with a voice like mine, I done caught about a million dimes/Baby, you’re the greatest, you made me pull the peaches and cream out the refrigerator.” Blah, blah, blah.

The current single, “Dangerous Games,” however, finds the guys being a little more imaginative in conveying realistic situations. While the production doesn’t break any new ground, the melody is fairly memorable, and the sentiments relatable: “Accusing you of cheating on us, baby/I know that is so dangerous, just because I do the same, baby…We have too much to lose if we continue keeping score.” Meanwhile, the fellas team with their fellow Atlanta contemporaries Jagged Edge for “Both of Us,” a decent slow-groover which embodies signature elements of both groups’ styles atop a consciously current beat pattern. The words are, once again, redundant (“As soon as I get home, I’m turning off this phone and I’m making my way home”), but the arrangement is low-key and the vocals well-balanced.

One of the highlights of Q Mike Slim Daron comes via the acoustically vibed “Wanna Be,” which brings to mind the warm-spirited essence of “Cupid.” Slim’s lead performance here is more palatable than on some of the other tracks, and the light guitar strains provide an ideal backdrop for Q’s soft falsetto phrasing. In a more kinetic vein, the bass-heavy rider “Still Got It” matches endearing passages with a feel-good rhythm structure and an engaging performance from Daron. A bit on the novel side, but still enjoyable, is the tongue-in-cheek bouncer “1’s for Ya.” The lightweight groove and just-for-fun feel of the lyrics make for an interesting diversion.

The album comes to a close with two especially impactful entries: the heartbreaking “My Love,” a beautifully pain-ridden ode to a departed significant lover and the intense agony of coping with the loss; and the pensive and hopeful, keyboard-driven ballad, “Residue.” Both of these songs employ the guys’ vocal sincerity to full effect, for the words give them a chance to convey their inherent abilities and the melodies, their range of emotion. Not to detract from the redeeming qualities of several aforementioned tunes, but a full disc of heartfelt numbers in this vein would have made for a more consistently effective and satisfying collection. Still, given how long 112’s been off the recording scene as a group, they show promise of continuing relevance with their willingness to explore and combine the old with the new. Moderately recommended.