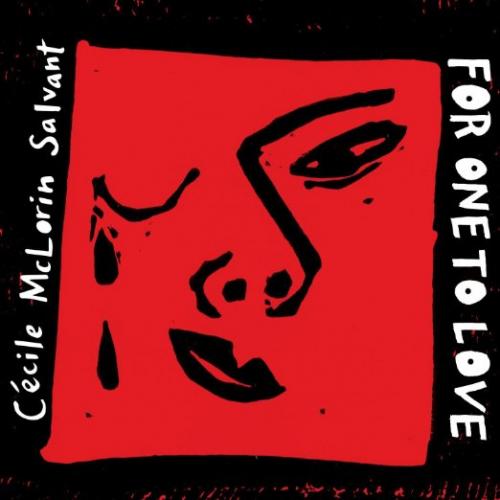 It’s not enough to say that Cecile McLorin Salvant can sing, because there are great voices in abundance in the music business. I mean, people critical of the current state of music making often tend to dismiss the vocal talent of a lot of singers. But there is only so much that you can do to keep someone with limited vocal talent from being exposed, even when producers have all a plethora of digital fixes at hand.

What can be said about Salvant, who will release her new album For One To Love in September, is that she knows how to sing. Those introduced to Salvant from listening to her 2013 album Woman Child know that she is an artist who has total command of her vocal instrument. Salvant is only 26, but she possesses an understanding of the art of singing that surpasses her years. She understands that the best singers are those who do more than render a melodic verbalizing of lyrics. So, she can inhabit the role of wide eyed young lady smitten by a handsome man during a trolley ride on tune “The Trolley Song,” or Bessie Smith levels of sultry bluesiness on the “Growlin’ Dan.”

The best singers bring to their craft a realization that they are also actors working to get their listeners to suspend belief, so including musical theatre numbers such as “Stepsister’s Lament,” “The Trolley Song” and “Something’s Coming” serve as platforms for Salvant to use every tool in her vocal toolbox.

Take the tune “Stepsister’s Lament,” from the Rodgers and Hammerstein musical version of “Cinderella.” Salvant uses phrasing, pace and changes in vocal range to convey the humor, pain, frustrations and dark intent of one of Cinderella’s stepsisters bemoaning the fact that she possesses none of her stepsister’s beauty. She adopts a voice dripping with a combination girlish curiosity and simmering, self-pity and jealousy with the rhetorical questions that open the song. “Why should a fella want a girl like her/A frail and fluffy beauty/Why can’t a fella ever once prefer/A solid girl like me.” Then as the tune moves into a piano driven jazzy swing, Salvant’s vocals match that vibe with a mature sultriness that gives the mean girl dig at the end an added punch. “She’s a frothy little bubble/With a flimsy kind of air/And with little very little trouble/I could pull out all her hair.”

Salvant’s growth can also be seen in her ongoing move into songwriting, with her penning five of the 12 tracks on For One To Love. Those originals include “Monday,” a sparse waltz that features Salvant backed by a drum, bass and piano trio, and the torchy piano ballad “Left Over,” a painfully beautiful ballad about the conflicted emotions a woman feels because she wants what belongs to another woman.

Salvant has long been a highly developed and accomplished vocalist, and what we heard on Woman Child has just been confirmed on For One To Love. But there will be those who will be looking for growth, and that is certainly the case on a project that includes a fair number of original tunes that display development as a top notch songwriter. Her deeper and successful foray into all elements of song shows that Cecile McLorin Salvant is an singer who is quickly developing into a breathtakingly complete artist. Strongly Recommended.