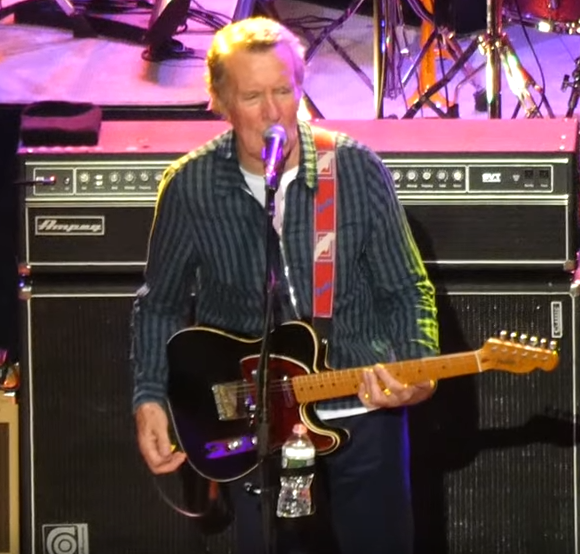 Glasgow born Hamish Stuart first attained international acclaim as the lead guitarist and falsetto voice of the Average White Band, one of the great self-contained Soul/Funk bands of the 70s. However, when the band's popularity began to fade in the early 80s, the group split and Stuart went his own way. He became a much sought-after guitarist and vocalist, and over the next several years worked with David Sanborn, Aretha Franklin and others. Most notably, in the late 80s he joined Paul McCartney's band as guitarist for a half dozen years and several albums. He also wrote for a number of artists, including Atlantic Starr's hit "If Your Heart Isn't In It" and songs for Smokey Robinson, Jeffrey Osborne, George Benson and Diana Ross.

He left the support role with McCartney to seek a belated solo career, culminating in 1999 with the CD Sooner or Later, 17 years after his final AWB recording. Released on his own Sulphuric Records, it was a gem, sounding much like a classic 70s AWB disc, but with a generally mellower, soulful feel. Leading with the upbeat instrumental, "Sooner," the album captured much of the old AWB groove while mixing in touches of Philadelphia soul ("New Kind of Fool") and Urban Adult Contemporary ("She Is My Lady"). Most of the disc was a collection of well written midtempo numbers ("Makin It Up," "I Don't Wanna Be A Rock," "Care For You") that lyrically discussed male-female relationships in a surprisingly vulnerable manner. And topping if off was "Midnight Rush," a hot funky tune that could have been an Average White Band cut, circa 1976. Stuart's voice, which spent more time on Sooner or Later in normal range than in his familiar falsetto, was solid throughout, and his guitar work and backing band were excellent.

Stuart continues to perform live with his band and is producing other acts, most recently Gordon Haskell and Swedish singer/songwriter Meja Beckman.