Happy birthday to John Edwards of The Spinners 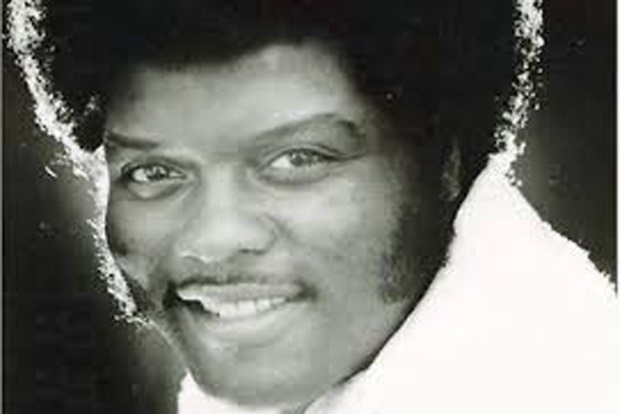 (December 25) Today we wish a very happy birthday to the great John Edwards of The Spinners, born December 25, 1944. At age 33, Edwards stepped into a legendary group that had just lost its most recognizable member, and he handled his new assignment with grace, humility and confidence in his God-given gift. And for more than 20 years, John Edwards was the unmistakable voice that led the Spinners to such second act hits as “Working My Way Back to You” and “Cupid.”

(December 25) Today we wish a very happy birthday to the great John Edwards of The Spinners, born December 25, 1944. At age 33, Edwards stepped into a legendary group that had just lost its most recognizable member, and he handled his new assignment with grace, humility and confidence in his God-given gift. And for more than 20 years, John Edwards was the unmistakable voice that led the Spinners to such second act hits as “Working My Way Back to You” and “Cupid.”

Born on Christmas 1944 in St. Louis, Edwards grew up around music and began singing professionally while serving in the US Army in Germany. He returned to the US and began recording a string of singles during the early 70s, peaking with “Careful Man,” a top 10 R&B hit in 1974. Around that same time, Motown’s “lost” vocal group, the Spinners, had signed to Atlantic Records and teamed with legendary producer and arranger Thom Bell for a string of #1 albums and more than a dozen top 10 singles, emerging as arguably the most popular vocal group of the mid-70s. And while the group members shared lead vocals, the clear showman of the quintet was Philippe Wynne. Wynne - a sly, talkative singer who preached, scatted and joked his way through material, turning every song into a dynamic story -- was a perfect contrast to the smooth, understated style of the rest of the group, particularly co-lead singer Bobby Smith. And it was that delicate combination that helped the Spinners become nearly untouchable for a half decade.

Gravity has a way of catching up with most recording careers, and as the decade wore on, the hits slowed down and the relationship between Bell, the group and the mercurial Wynne began to deteriorate. Wynne ultimately announced his departure in 1977 to pursue a solo career that never materialized. He ultimately became a less prominent member of the George Clinton and the Parliament/Funkadelic crew, and sadly, he died in 1984 immediately after performing at a show in Oakland.

Wynne’s departure left an important hole to fill, and The Spinners turned to Edwards to fill that hole. Importantly, the group members made it clear that they were not looking for Philippe Wynne II. They saw the immense talent that Edwards possessed, and they wanted him to just be himself in his very visible new role.

If Wynne's style was that of a sly cat, Edwards was that of a tiger, devouring songs with a huge voice and multi-octave range.  Edwards was clearly a talent, but one to whom Thom Bell had trouble adjusting his restrained production style. To further complicate things, by the late 70s, Bell's work with the group was beginning to sound dated and somewhat formulaic, especially when contrasted with the new hotter beats that were emerging on the airwaves.  After two more albums bearing no major hits, the Spinners and Bell parted ways. Unfortunately, Edwards bore some of the weight of being the lead singer whose arrival coincided with a dry period for an iconic group.

As 1979 arrived, the group found itself without a producer and three years removed from their last major hit.  With the disco craze in full swing, the Spinners, with their more traditional sound, appeared anything but relevant.  But they surprised the music industry by putting their fate for the first post-Bell album in the hands of Michael Zager, a moderately successful dance producer whose style was as straightforward and blunt as Bell's was subtle and sophisticated.  Their first Zager collaboration, Dancin' and Lovin', stalled on the charts for several months until the album's second single, an unlikely dance remake of the Four Seasons' "Working My Way Back to You," hit the radio and zoomed to the top of the charts.  Edwards ate up the lead on this single, and it appeared tailor made for his expressive tenor. Even better was the follow up, a #1 smash remake of Sam Cooke's "Cupid" in 1980, on which Edwards shifted octaves like a Jaguar shifts gears.

The group continued recording for Atlantic for another five years with multiple producers (and generally weaker songs), but never again scored a major hit.  A couple of additional albums on minor labels in the late 80s and early 90s found the quintet in fine voice but working with uneven material.  Throughout these latter years, the Spinners managed to make even mediocre material sound better than it deserved, and made good songs (such as 1989's sadly ignored "Memories of Allison") downright inspiring.

By the 1990s, The Spinners were riding the oldies circuit with success. And while their harmonies were not as sharp as in their peak days, Edwards still sounded great, and their shows continued to be 100% smile inducing. But 2002 brought a tragic event: While in the hospital for heart surgery, Edwards had stroke, leaving him debilitated and unable to continue as a member of the group. It was, he said, his lowest point ever, as he had to adjust to a life of recovery and of not doing the thing he loved most: performing with his musical brothers. He never took the stage professionally again.

Edwards has lived a quiet life since his Spinners days ended. He has visited his former group mates, and even appeared, in a wheelchair, to sing with them on an appearance coinciding with the episode of TV One’s Unsung on the group.

There is no question that John Edwards possessed one of the most powerful, electric voices in R&B, and it is a blessing that so many fans ultimately heard him during his years with the Spinners. If you haven’t checked out his work with them, or even his prior solo work, it is a real treat to hear one a truly one-of-a-kind singer at work.