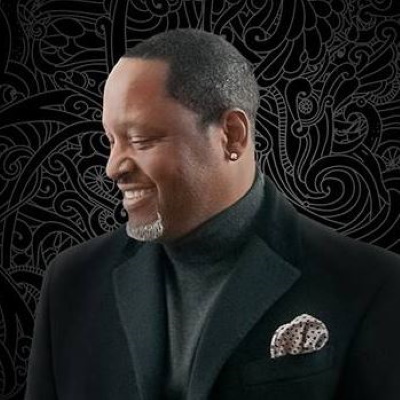 Happy birthday to Johnny Gill, born May 22, 1966. D.C. native Johnny Gill arguably possesses one of the clearest, strongest Soul voices of his generation, though arguably his fame has never quite matched his broad talent.

Happy birthday to Johnny Gill, born May 22, 1966. D.C. native Johnny Gill arguably possesses one of the clearest, strongest Soul voices of his generation, though arguably his fame has never quite matched his broad talent.

Born one of four boys to Minister John Gill, Sr. and his wife Annie, young Johnny sang in the family act Wings of Faith from the time he was a child.  When his friend Stacy Lattisaw hit the charts as a young teen singer with "Let Me Be Your Angel," she helped Gill submit a demo to her record label, Cotillion.  The demo resulted in the signing of then-fifteen year old Gill and his pairing with producer Freddie Perren (known for his work with teen singers the Jackson 5 and the Sylvers) for Gill's eponymous 1983 debut.  The combination worked well, and Perren delivered the minor upbeat hit "Super Love" as well as a number of solid ballads to the teen singer.  And Gill wowed with his incredibly deep, passionate voice, deftly handling love ballads like "Show Her Love" and growling like a soul veteran on his cover of Sam and Dave's "When Something Is Wrong With My Baby."

Gill and Lattisaw teamed the next year for the duet album Perfect Combination, a nice collection of teen-oriented songs that helped introduce Gill to his first crossover audience and gave him his first top 10 hit.  Unfortunately he followed it up with Chemistry, a mediocre disc that included a single highlight, the melodic ballad "Half Crazy."  Gill then began working on an album with Jeffrey Osborne producing, but it never saw the light of day. Instead, the departure of Bobby Brown from the group New Edition created an opening, and Gill joined the group for its 1988 album Heartbreak.  The disc was a hit, and Gill's performance on "Can You Stop the Rain" gave New Edition a legitimate strong male lead vocalist as the group transitioned to a more adult sound.

In 1990, while still a member of New Edition, Gill broke out with his Motown solo debut (his second self-titled album).  The disc was highly anticipated as the first to include the work of the two top production teams in R&B music, Babyface/L.A. Reid and Jimmy Jam/Terry Lewis.  Musically the album was irresistible and it yielded four hits, including the sizzling dance numbers "Rub You The Right Way" and "Wrap My Body Tight," and is best known for the #1 ballad, "My My My."  However, lyrically the disc was relatively shallow, devoid of messages beyond fairly trite declarations that he liked sex and good-looking women. It also proved to be the high water mark of Gill's solo career, as he was never able to approach its success again.  Gill continued to sound great on the follow up disc, Provocative, but the album's lack of character made it barely distinguishable from the discs dozens of other soul lovermen and it died quickly.  One notable exception on the disc was when Gill went back to his Gospel roots on "I Know Where I Stand," creating perhaps his finest moment as a singer and a hint of what might have been had he gone another direction musically.  His last album for Motown was 1996's Let's Get the Mood Right, which had a minor hit with the title track but continued a relatively nondescript musical direction.

Following his departure from Motown, Gill joined Keith Sweat and Gerald Levert for two popular albums under the monikor LSG.  He also reunited several times during the late 90s and early 00s with New Edition, both on record and on several tours. During this period, Gill took several breaks, leading to often vicious rumors about his personal life and sexuality -- rumors that would not go away whether he protested or remained quiet. And while he didn't record any more solo albums, he continued to perform live outside of his New Edition work, starring in several stage plays and touring with Bobby Brown and Ralph Tresvant under the billing The Heads of State.

In 2011, Johnny returned to the studio and recorded Still Winning on the new Notifi Records label. While the album was hit-or-miss in quality, it showed him to still be in fine voice. He followed it three years later with the much bigger Game Changer, a fine album that moved to the top of the adult soul charts on the strength of the fantastic single, "This One's For Me and You," which reunited Gill with his New Edition partners. He followed it with Game Changer II, another hit. Soon after, he announced that he was permanently leaving New Edition, though he both recorded and toured with former NE mate, Ralph Tresvant.

In the end, Johnny Gill has proven himself to be a marvelous singer who is still going strong when many of his peers have faded from view. We still look forward to his releases and he remains relevant well into his 50s.