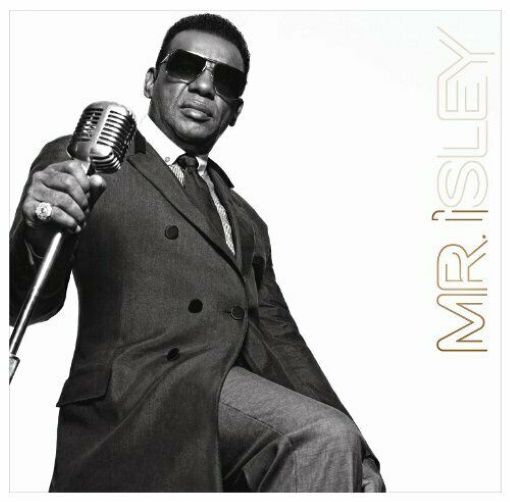 Ronald Isley has has been one of the most recognizable voices in R&B and funk music over the past six decades, and a true bridge between generations of music lovers. Both as a solo singer and, more importantly, as the lead singer for The Isley Brothers, he was one of the most important singers of the latter half of the 20th century, and continues on in his 70s.

Ronald Isley has has been one of the most recognizable voices in R&B and funk music over the past six decades, and a true bridge between generations of music lovers. Both as a solo singer and, more importantly, as the lead singer for The Isley Brothers, he was one of the most important singers of the latter half of the 20th century, and continues on in his 70s.

The amalgamation of siblings and in-laws known as the Isley Brothers withstood time, vast changes in musical styles, revolutionary developments in race relations and age to become by any measure one of the most important musical groups ever. Formed in the mid-50s by brothers Ronald, Rudolph and O'Kelly Isley in their hometown of Cincinnati, Ohio, the brothers struggled for several years as teenagers to score a hit record. They finally achieved national attention and a minor hit in 1959 with the ultimate rock classic "Shout" (which received a second life in the movie "Animal House") on RCA. They wouldn't have another hit for three years, when their cover of "Twist and Shout" became a hit (and later became a much bigger hit for the Beatles.

The brothers then signed with Motown and toiled through the mid-60s with only moderate success, as the label tried to mold the Isleys into a "Motown Machine" group, generally unsuccessfully. They scored one major hit there, the classic "This Old Heart of Mine" (later reworked by Ronald with Rod Stewart), but mostly found frustration. The group left Motown in 1968, forming their own T-Neck label, and struck immediate gold with "It's Your Thing," a funky double-entendre that shot to the top of the pop and Soul charts. Younger brothers Marvin (bass), and Ernie (lead guitar) and brother-in-law Chris Jasper (keyboards) joined their backup band about this time, adding fresh funk and hard rock elements that completed what became the trademark Isley Brothers sound. In 1972 the group released its best album to date, Brother Brother Brother, a mixture of funky, percussive numbers and smooth, if ponderous, ballads that is still considered by many the seminal Isley Brothers album.

In 1973, the three younger family members formally joined the group, and were introduced in 3+3, an out-of-the-box smash that featured the hard rocking rock and soul hit, "That Lady." This began a string of gold and platinum albums that elevated the Isley Brothers to the stratosphere of popular black music, making them perhaps the quintessential Soul group of the 1970s and the first to successfully merge the funk sounds of Sly and the Family Stone with the electric rock work of former Isley guitarist Jimi Hendrix. Among the great soul/funk groups of the 70s and early 80s, the Isleys were perhaps the baddest. They had the look down better than anyone; they had the smoke coming up from the ground in their concerts; and, more importantly, they could move from smoking funk songs like 'Fight The Power' and 'That Lady' to sweet ballads as 'For The Love of You' and '(At Your Best) You Are Love' with a seamlessness no one else could match. The Isleys also became one of the most influential groups of the era, as they paved the way for dozens of self-contained funk bands that would rise over the next decade, from the Commodores to Earth, Wind & Fire.

The Isleys kept the hits coming for the rest of the 70s. Funked up cuts "Live It Up," "Livin In The Life," "Harvest For the World," and "Take Me To The Next Phase," alternated with sweet, sexy ballads like "Groove With You," "Footsteps In The Dark" and "Voyage to Atlantis." As the decade came to an end, they moved to more of a dance friendly sound to adjust to the peaking disco market, with songs such as "It's A Disco Night" and "The Pride." Their sound, which seemed so fresh in 1973, began to feel formulaic as the 80s rolled in, and while they scored with a few ballads in the early 80s ("Between the Sheets," "Don't Say Goodnight"), their popularity waned, and ultimately the group split in two in 1984, with the younger three members forming Isley/Jasper/Isley (which scored the hit "Caravan of Love").

The elder Isleys continued on, scoring several minor hits over the next few years, most notably the midtempo number "Smooth Sailing Tonight." Sadly, brother O'Kelly died of a heart attack in 1986, and Rudolph left two years later to become a minister, leaving Ronald as a solo act. After two years, Isley/Jasper/Isley split up, with Chris Jasper immediately scoring with the solo hit "Superbad." Ernie Isley recorded the 1990 critically acclaimed solo album High Wire, but it barely cracked the charts.

Ronald, Marvin and Ernie formed a reunited Isley Brothers in 1992 and recorded the album Tracks of Life and followed it a year later with a Live album. By the mid 90s, Marvin left the group due to complications from diabetes (he died in 2010), leaving it a duo of Ronald and Ernie.

As the 90s wore on, the stature of the Isleys rose again, with a generation of new stars influenced by the group's work paying homage by covering classic Isley tunes and, more importantly, by working with them. In 1996 the Isleys moved to Island Records and, with an A-Team of collaborators including Babyface, R. Kelly and Ronald's then wife, Angela Winbush, recorded Mission To Please, the group's first major disc in over a decade. They followed in 2001 with Eternal, a sensual, ballad-drenched disc that topped the R&B Charts and introduced a new alter ego for Ronald Isley, "Mr. Biggs." Buoyed by the renewed interest, they followed it up in 2003 with Body Kiss, their first release to ever debut at #1 Pop and Soul. Then in his early 60s Ronald Isley again found himself at the top of the music business, and the Isley Brothers had firmly established a third generation of fans.

The mid 2000s were darker years for Ron Isley, as he suffered a stroke and was found guilty of tax evasion and was sentenced to jail.  But the duo continued to record successfully, hitting in 2006 with the "Just Came Here to Chill," and in 2007 releasing a holiday album. Over the next several years, Ron Isley alternated between touring with Ernie and recording solo albums. He issued an album of duets with Burt Bacharach in 2003 and the solo discs Mr. I in 2010 and This Song Is For You in 2013.

Ron Isley is most acknowledged as one of the most versatile singers of his generation, and a performer who uniquely adjusted to different times and different styles of popular music, remaining an icon for over six decades in a business with a notoriously short memory.