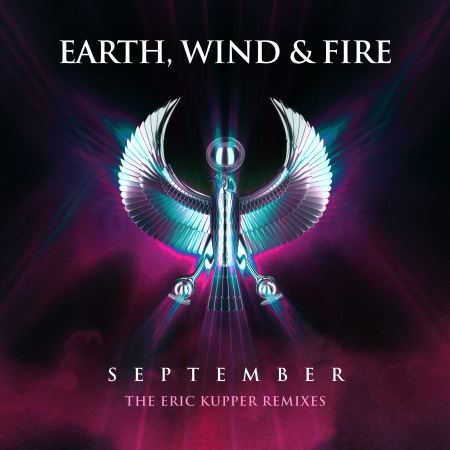 The release is part of a month long “September” celebration for fans around the world.  Top Tik Tok content creators are posting original clips of “September” that have resulted in millions of views on the platform.

Last week, 42 years after the original release, “September” debuted at #4 on the Billboard LyricFind U.S. chart, a rare occurrence for a catalogue song.  On September 17, the single was certified 6x Platinum by the RIAA.

“When I first heard the mastered final mix of ‘September,’ at our private listening party back in the day,” said Philip Bailey.  “I would never have guessed that such a simple catchy song as it is, and was, would become an all time global favorite for generations.”

Recorded in September 1978, the classic ”September" was initially issued by ARC/Columbia Records as a single on November 18, teasing EWF fans and radio listeners with a "previously unreleased track" from The Best of Earth, Wind & Fire, Vol. 1, which came out November 23, 1978 (and achieved RIAA Quintuple Platinum). "September" was an immediate sensation, hitting #1 on the Billboard Hot R&B Songs chart, #8 on the Hot 100 and #3 on the UK Singles chart. In the years since its release, "September" has become one of the most beloved songs in the Earth, Wind & Fire catalog, a nonstop instant party, an irresistible invitation to dance. Grounded in a chord progress written by EWF guitarist Al McKay, "September" was co-authored by EWF founding member/vocalist Maurice White and lyricist Allee Willis, who worked on the composition for about a month. Willis wasn't sure about the seemingly nonsensical "ba-dee-ya" hook White was peppering the song with, but "learned my greatest lesson ever in songwriting from him, which was never let the lyric get in the way of the groove."

Check out the new Eric Kupper remix of "September" below and remember this classic again!