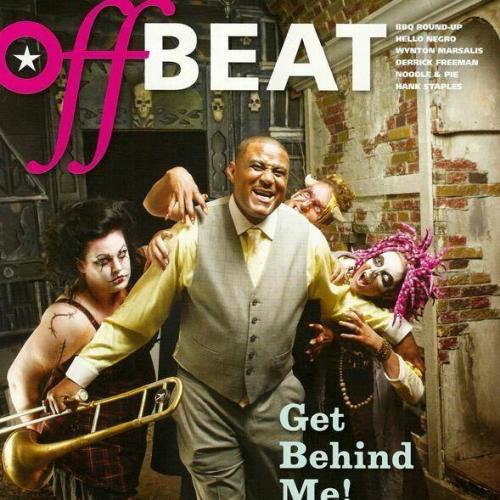 In a city whose spirit world is as old as Mother Africa’s children, Glen David Andrews, a native son of New Orleans, has made a compelling case for his own deliverance.

Redemptionis a powerful statement that correlates his own reclaimed life to his reclaimed city. The music is about ghosts and their residual energy, about acceptance and forgiveness, about rebirth and renewal. “Every song tells a story that I hope people will relate to,” the singer, songwriter and trombonist says proudly. “Redemption is about my journey back from the living dead.”

Redemption features Andrews's core band and a few chosen friends who've played a part in his spiritual recovery. Ivan Neville lays down gritty grooves on a humming Hammond organ and a badass clavinet, the history of modern funk percolating in his fingertips. Jamison Ross, winner of the prestigious 2012 Thelonious Monk Institute of Jazz competition, brings his own brand of bonhomie, singing, arranging and playing various instruments. Guitar god Anders Osborne contributes two searing solos. The album also features a surprise – a sample of the radiant voice of the Queen Mother of Gospel, Mahalia Jackson -- on a rousing version of her joyous hymn, “Didn't It Rain.”

A warrior for cultural preservation in New Orleans at a time when indigenous traditions are being threatened, Andrews is standing up for his own salvation. The centerpiece of the new album is “Surrender,” a deeply personal song about acceptance which Andrews wrote in rehab. “I woke up from a nightmare, in a cold sweat,” he recalls. “I realized that I had been given an opportunity to change my whole outlook on living.”

Andrews was born in the historic Tremé neighborhood, which many consider to be the oldest black community in the United States. Transfixed by the magic and mystery of the city's second-line parades, Andrews and his older brother, Derrick Tabb of the Rebirth Brass Band, along with their younger cousin Troy “Trombone Shorty” Andrews, soaked up life's musical lessons by learning the history of the brass band tradition from iconic figures like Tuba Fats.  Andrews says. “Jesus was born in a manger,” Andrews says. “I was born in a second line.”

As journalist Larry Blumenfeld, writing in the Wall Street Journal, notes: “Onstage and off, electrifying club audiences and street scenes, speaking his mind at civic rallies, Glen David Andrews perhaps best embodies what David Simon, creator of the HBO series Treme meant when he said, 'Culture is what brought New Orleans back.'”

“Life is hard,” Andrews says. “After Katrina, my Tremé will never be the same. But New Orleans culture is a permanent part of me. The gift of my sobriety is in my music now. I want to share my Tremé – my New Orleans – with the world.”