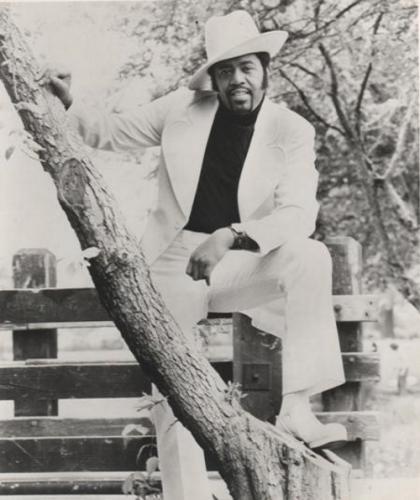 Arkansas born producer and songwriter Leo Graham is another of the great behind-the-scenes musical men and women who helped shape the Golden Era of Soul Music. Based in Chicago, Graham was best known for the top hits he helped create for The Manhattans and Tyrone Davis, many of which are considered classics today.

Graham’s career began as a songwriter for the upstart Chicago label Brunswick Records, the Carl Davis-led imprint that was the home of such soul mainstays as The Chi-Lites, Gene Chandler and even Jackie Wilson. Graham played a role in a number of middling hits on the label, but had his own personal turning point come when a song he wrote called “Turning Point” was recorded by Tyrone Davis and shot all the way to #1 on the R&B charts.

Graham followed Tyrone Davis to Columbia Records and wrote several more hits for the singer, including “This I Swear” and “In the Mood.” This led to his introduction to another Columbia act, The Manhattans, who were searching for a new producer to replace the retired Bobby Martin. Graham took the helm for the group’s After Midnight album, and delivered to them their biggest hit since “Kiss and Say Goodbye,” the loping, country influence “Shining Star.”

Following his success with two big Columbia acts, Graham was brought in to produce the debut album by the label's new R&B band, Champaign. It was another winner, as the album Champaign was a critical success and yielded the smash hit ballad, "How 'Bout Us."