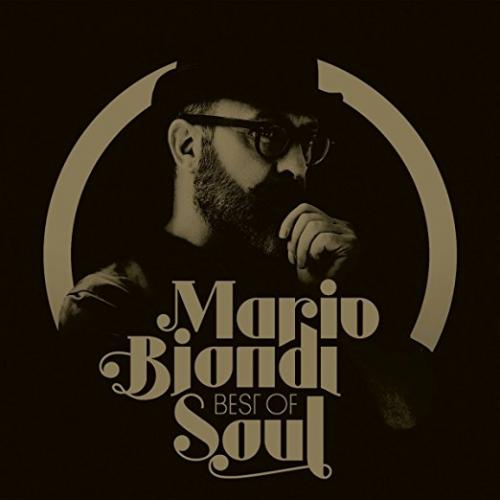 Italian singer Mario Biondi is not a well-known name to American audiences, though with ten years of consistent, platinum-selling R&B, soul, and disco material, perhaps he should be. Best of Soul, Biondi’s ninth album since 2006, certainly makes a strong case for why he should have a greater audience here in the States than he does. A successful international voiceover artist for such animated films as Tangled and Rio,  Biondi, with his mellifluous baritone, may be more familiar to your children or grandchildren than to you. With the Best of Soul, you may want to correct that omission.

If Tom Jones, Barry White, and latter-years Frank Sinatra had a son from Catania, Italy, he would most definitely be one Mr. Mario Biondi. The analogy crossing three legendary artists that personify ‘70s-era Vegas, Big Band, and Orchestral Soul isn’t by chance; it’s where Mario Biondi lives. That is, when the songs aren’t bordering on the lesser known Broadway canon of the late ‘60s and early ‘70s, when the New York musical was considered in creative decline, but still possessed a very distinctive old school showbiz flash and a burgeoning, newfound seriousness with shows like Pippin’, Follies, Raisin, and Stop The World - I Want To Get Off. Like Barry White, there has always been a leaning toward the orchestral razzle-dazzle in Biondi’s material, sometimes giving Biondi’s work an artifice belied by the earnestness of his heavy voice. But, on the Best of Soul, the glimmers feel a bit more jazzy and restrained in the vein of Old Blue Eyes, if still ever present through the production’s blaring horns, shimmering bell trees, and thrilling cha-cha rhythms.

It greatly helps that both Biondi and the songs themselves are in very fine, melodious voice. The disco meets jazzy soul arrangements for the world wind “I Will Never Stop Loving You,” “Do You Feel Like I Feel,” “Never Die,” and “You Are My Queen” are all classic Biondi-in-Vegas showstoppers, but the hooks dig a little deeper, the band is more vibrant, and the vocal performance is more fluid and effortless from a baritone that could be accused of being stiff, straining, and even laborious on early recordings. Throughout Best of Soul, it is clear Biondi now knows the limitations of his range and his instrument’s impactful strengths in ways that weren’t as apparent earlier in his canon. As with stunning new soul classics like “Gratitude,” Biondi’s powerful mid-range voice has shown up beautifully with distinctive phrasing and a flawless sense of timing and swing that are gifts to behold. You can hear his swaggering nuances on Biondi’s covers of Randy Crawford’s “Rio de Janeiro Blue” and the rarely reimagined Commodores classic “Nightshift,” both sure, thoughtful performances.

After being co-signed in the past by such legends as Chaka Khan, Leon Ware, and Al Jarreau, with whom Biondi sang duets on 2013’s masterful Sun, it should be no surprise that James Taylor decided to sit with him again for a spell for a rousing, eleventh-hour number on the soulful house of “Deep Space” (the first time being on 2011’s Due). Here, as with most of Best of Soul, Biondi’s at his funky, howling, emotional best when riding percussive rhythms like this sweeping, panoramic song that perfectly captures Biondi’s international appeal as an apt pupil of some of the more bedazzled showmen of music’s flashy, bygone era. Highly Recommended.