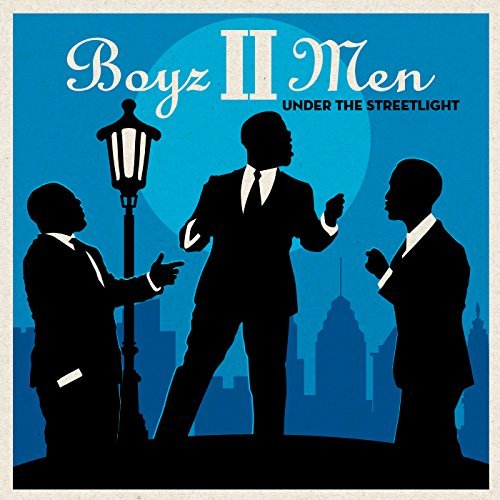 Boyz II Men - Under the Streetlight

Over the years, I’ve made much to do about the end of Boyz II Men as a commercial force, right at the height of their artistic peak as a then quartet. It wasn’t entirely their fault; rather it was the fault of the marketing department of their label, Arista, for not knowing how to market them as they were exiting their 20s and entering their 30s, a precarious time for R&B artists since this youth-obsessed century began.

Boyz II Men - Under the Streetlight

Over the years, I’ve made much to do about the end of Boyz II Men as a commercial force, right at the height of their artistic peak as a then quartet. It wasn’t entirely their fault; rather it was the fault of the marketing department of their label, Arista, for not knowing how to market them as they were exiting their 20s and entering their 30s, a precarious time for R&B artists since this youth-obsessed century began.

At the time of the pivotal album’s release, singers Wanya Morris was 28, Shawn Stockman 29, and Nathan Morris and Michael McCary were just turning 31, all still relatively young men. The year was 2002 and the album was Full Circle, a worthy follow-up to the creative zenith of Nathan, Michael, Shawn and Wanya, the album where the group finally mastered up-tempo material without sounding corny. It was also the commercial peaks of such boy groups like N’Sync, Backstreet Boys, and 98 Degrees, and the heat was on Boyz II Men to comeback hard as the Billboard darlings who still hold several of the longest running Top 10s of all time.

I’ll never forget Arista’s print campaign as long as I live: the youngish men were all wearing golfing sweaters and cardigans under a tagline that read “The Originals Are Back!” Like they were the Temptations or The Four Tops, veterans immediately aged a generation older than they were and killing any appeal for their peers, much less younger audiences, to access one of their finest, most unsung albums. The first single, the Babyface produced “The Color of Love,” one of the most milquetoast on an album that possessed technical adventures like “I’ll Show You,” “Oh, Well,” “I’m Ok, You’re Ok,” “Luv N U,” and “Howz About It.” The follow-up, “Relax Your Mind (featuring Faith Evans),” was only slightly better. The album went gold in the U.S. and platinum overseas, a far cry from the diamond sellers they’d known, and Arista dropped them less than a year later. Arguably, the now trio has been a mixed bag of poorly promoted and random projects ever since.

The latest album of covers - the fourth in their catalog - including 2004’s dismal Throwback, the stellar 2007 Motown: A Journey Through Hitsville USA, 2009’s hit and miss Love, and now an incredibly safe, by-the-book Under The Streetlight. Through this journey of covers, the group seems to be relegating themselves from one of the greatest selling boy groups of all times, to a cruise ship or Vegas retro act, again 20 years sooner than their 41 to 46 years suggests. To my point, the only acts that have released as many or more cover albums outside of the jazz genre are Michael McDonald, Barry Manilow, and Rod Stewart, acts old enough to have parented Nathan, Shawn, and Wanya.

The curious urge to prematurely relegate themselves to the oldies but goodies circuit is compounded by the fact that the doo wop hits of Under the Streetlight are those of the ‘50s and early ‘60s, songs of their grandparents’ prime years, when acts had names like The Flamingos and The Dells. The fact that all of the material is sung with an effortless and technically flawless sheen makes the act’s creative decisions that much more bewildering when their peers from the ‘90s are still delivering original material to hungry pop and urban adult contemporary audiences who are still too young for the nostalgia of “Why Do Fools Fall in Love,” especially done Frankie Lymon meets Diana Ross straight.

Accordingly, the production and arrangements are conservative throughout. The songs are pretty, charming, oft-covered, and of the well-crafted ilk from bygone eras just before everything got as righteous and psychedelic of the movement times to come. The vocals throughout are heavy with jazz riffs and church runs to try to liven up The Great American Bandstand Songbook and give them a contemporary feel, if by contemporary we meant 1994 by way of 1954.

The guests, Brian McKnight, Take 6, and Amber Riley, are each gifted and equally safe; the only one missing is Wayne Brady to complete the set of white folks’ beloved Black singers. Though late on the track, Riley was especially powerful on “Anyone Who Knows What Love Is,” still channeling her West End stint as Effie White in the latest Dreamgirls revival. On “A Thousand Miles Away,” Take 6 is oddly forgettable in a pairing that folks have dreamed of for literally decades, and will have to dream a little longer for something more impactful. More interesting was the kind of church runs battle royale Brian McKnight and Wanya Morris decided to engage in over “Sunday Kind of Love,” completely leaving the heartbreaking earnestness of the original somewhere in a blur of rapid-fire eighth notes.

Standards like “I Only Have Eyes For You” and “Stay” are done with few structural changes, with Boyz II Men following their idols New Edition’s ‘50s cover album folly on 1986’s ill-conceived and commercially cynical, Blue Moon, two generations before. Only on the more loosely arranged “I’ll Come Running Back To You,” sung with a contemporary take on Sam Cooke phrasing and Bobby Womack wailing on the vamp out, does the trio wholly own a song as something they’re attempting to steal from the original and nearly succeed.

The sole original cut on the project, “Ladies Man,” is its own period piece aligned with the rest and offers little new to their aging catalog as middle age men under a senior citizen’s marquee proclaiming “The Originals Are Back!” Back to not being terribly original it seems, but such is the paucity of our musical times that few will care. They sing beautifully throughout and audiences have long accepted that Boyz II Men are the suited uncles who sing old stuff some 15 years before their time, a role these men curiously seem all too eager to play.  But, to a room of who exactly? I doubt they even know anymore.