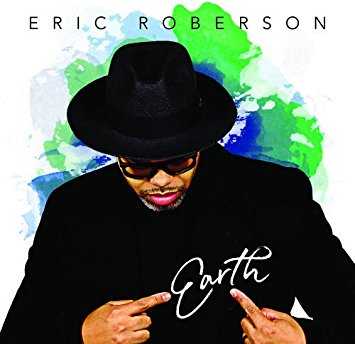 Paul wrote this guidance on the transition into adulthood two millennia ago, and we live on a planet of seven billion people who still struggle with it today. And if it is tough for those of us out of the limelight, it is particularly difficult for entertainers, working in an industry where attraction to youth is virtually reflexive. So we often hear from familiar artists whose years of experience provides them with something to say, but who instead spend too much time chasing elusive popular trends – a typically unsuccessful chase that shortchanges their artistry. There is a cultural thesis that underlies this chase: that the immaturity and impulsiveness of youth is exciting, and that the perspective and emerging selflessness that come from aging, parenting and mentoring is akin to irrelevance and unhappiness.

So it is refreshing to hear Earth, the first leg of the EP trilogy that Eric Roberson plans to issue throughout this year. Now approaching a dozen albums into his career, Roberson has always been a man of our time, and importantly a man of his time, consistently providing fresh grooves that hint of R&B, hip-hop and gospel, even as he sometimes transparently and sometimes opaquely tells the real story of life.

Those who have lived a life will stop cold for cut #5, "The Hospital Song." With a gentle piano and one of the most subdued vocals of Roberson's recorded career, the song captures, in three and a half minutes, the cycle of life and family - and the building where they come together: "A hospital is a big old box / filled with joys and pain / one whose life is ending / another whose begins." It is a show stopper on his current tour, and the studio gives it an even more ethereal feel. In its soul, it is a 19th century spiritual brought forward to the world of 2017, and it works beautifully.

Earth's stated theme is one of empowerment, and varied tales abound of the often untapped powers we hold. A horn section and electric guitar blast from the speakers on "Looking For," a midtempo that tells of unexpected turns in personal journeys, and the joys that can be found down paths led only by trust. Similarly, the album's first single, "Million Dollars," celebrates the deepest joys of life that don't involve financial wealth, and the doo wop backed-"Dreams Don't Have Deadlines" encourages those who haven't completed the race they started, to continue to push on.

These songs, together with the coming-of-age song of faith, "First Love Jesus" (featuring Eric's pastor, YPJ), and the ambitious "Superman" (feat. Glenn Lewis), comprise a tight 6-song EP that covers broad musical territory. Perhaps more impressively, the songs cohesively convey messages that are neither pollyannaish nor preachy, but that positively counter too-frequent musical narratives of despair or narcissism. They are not messages that a 20 year old Eric Roberson could have written, and they are beyond what we will hear from the youth chasing artists of modern radio. Instead, they bear the hallmarks of an observant artist and young father, recalling the lessons he learned from his ancestors and trying to bring them forward for his own children, and for the rest of us. And collectively they give one of the early high points of 2017. Highly Recommended.