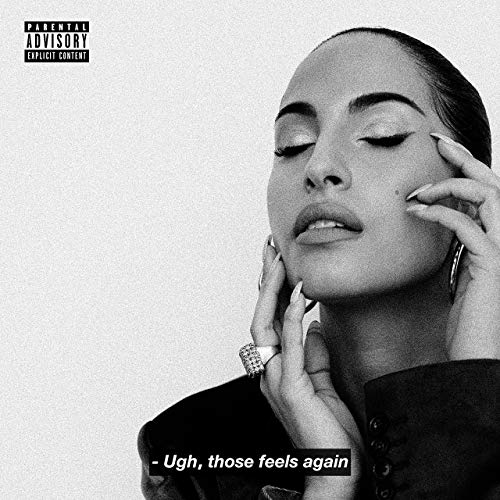 With a mantle refined to high art by one Ms. Mary J. Blige, there are street-beloved women artists in every generation who aren’t necessarily powerhouse singers but who manage to tap directly into the feelings of young folks in relationships and the heartbreak that speaks directly to the zeitgeist of their times. With hip yet honest cuts like “Situationship” and “Whoa,” Snoh Aalegra proves on her second full-length album that she along with contemporaries like H.E.R., SZA, Kehlani, Etta Bond, and Teyana Taylor are among a current crop of women in R&B who represent the vulnerability through strength prototype that hip hop soul performers like Blige perfected, though with more varying vocal abilities among them. On her sophomore - Ugh, Those Feels Again, Aalegra’s growing skill and an uncanny ability to have her finger on the pulse of today’s relationships comes across better than many in a field parched for healthy competition.

Unlike many of her urban music counterparts, the Iranian-Swedish performer also boasts a secret weapon that more than a few of her peers would give their eye-teeth for: the legendary Chicago hip hop producer No I.D. (Jay-Z, Common, Drake). Aalegra’s fondness for mining the tones of Prince and timbre of Michael Jackson in her sinewy vocal performances, matched with No I.D.’s fondness for edgy classic soul sounds that he can pepper with ‘90s era New York and Chi-Town hip hop elements, makes for music that listeners of all ages can slide right into like warm ermine. Soft, comfortable, familiar, but far from being anybody’s doe-eyed damsel in distress, the Aalegra sound on her debut album, Feels, could best be described as a fragile series of musical ellipsis that presented only the best bits of the traditionally structured R&B song. The experimentations worked largely thanks to her natural sincerity, strong harmonic skills, and Feels’ killer productions.

On the follow-up, one focused on the aftermath of ending the three-year relationship outlined in Feels, the songs are made of sturdier construction, indicating compositional growth, and present a vocalist who’s more assured in delivery and purpose. Throughout, - Ugh, Those Feels Again, also showcases a woman who’s not ashamed to express the feelings of a too-knowing generation disillusioned by love and relationships, but who cannot help their faulty programming to seek them out, endure the inherent madness of it all, and come out smoking Newports and telling us war stories of their love-worn battle scars.

The hopeful, Quiet Storm format-friendly “Find Someone Like You” is the deserved standout hit, like its entangled follow-up, “Situationship,” the Princesque mid-groove, “Toronto,” and the infatuation blooms of “Whoa” and “I Want You Around,” all speaks to what happens after one has healed and steps back out into the world to stretch out her hand to again grab ahold of an elusive piston on love’s carousel…before one is really ready. However, these five-songs comprising a new, rebound love story built into the start of a 14-song breakup album, are outliers in a project of darker hued themes, palates and, well, feels. The five brighter cuts almost deserve to be their own EP, a mixtape you might shakily and anxiously hand-deliver to the thrilling rebound who’s got next, however briefly.

The other nine cuts, beginning with “Love Like That,” are the sequel to the rollercoaster relationship introduced with Feels. With powerful emo cuts like “You” and the drum ‘n’ bass tinged “Be Careful,” the middle finger of “Nothing to Me,” and the snarled resignation of “Peace,” the bulk of Aalegra’s sophomore album is an unabashed exploration of the feelings one has one after the love affair is over and you feel like your time has been wasted. There are also cuts that valiantly try to justify those walks of shame back into the toxic relationship fire, even after you’ve already been choked and burned, such as on the matter of fact “Love Like That.” And, where you are afterwards, when you’re sadly confused as to how such a raging passion for one another can be transformed into estranged ice as angrily unpacked in “Charleville 9200, Pt. II,” with all the bitter regrets a lyric can muster. Aalegra’s grown indeed.

Thanks to No I.D.’s inventive productions of head-bobbing urban soundscapes that restrains the lyrical funeral procession of these cuts from the morose, - Ugh, Those Feels Again, is more moody, dryly witty, and occasionally aggravated than a wall-to-wall nine-song blues of torch songs. This is best illustrated by hip hop heavy cuts like “I Didn’t Mean To Fall In Love” and “Peace,” which interrupt the typical R&B balladeer approach to songs of love gone wrong. On the latter, Aalegra even shows that she’s got a bit of a rapper’s flow when called for.

Of course, leading with the five-song EP of romantic hope of Snoh’s gliding instrument lilting with anticipation before dropping us from the heights of early love to the depressed doldrums of its failings only serves to illustrate the range of this 31-year-old talent who has managed to tap so exquisitely into all the ways we feel in, out, and about love. In doing so, Snoh Aalegra proves she’s earned a competitive place among those leading ladies claiming next on the hearts and minds of her heartbroken or soon-to-be-heartbroken generation. Just give it time and - Ugh, Those Feels Again. Highly Recommended.