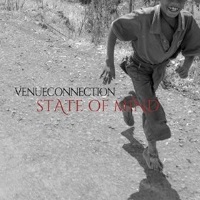 Click on CD cover
to listen or purchase
https://www.amazon.com/State-Mind-Venueconnection/dp/B0121NMSYE/ref=as_sl_pc_tf_til?tag=soultracks-20&linkCode=w00&linkId=437ARZQILUFGNH36&creativeASIN=B0121NMSYE

Independent R&B artists quickly come to the realization that touring overseas and making inroads into foreign markets is crucial to their long term viability. While all artists certainly want to go to Europe, Asia, Latin America and Africa and view audiences in those places as potential growth markets, the indie artist may view a location such as Spain or Singapore as a primary market for reaching soul music fans.

Independent R&B artists quickly come to the realization that touring overseas and making inroads into foreign markets is crucial to their long term viability. While all artists certainly want to go to Europe, Asia, Latin America and Africa and view audiences in those places as potential growth markets, the indie artist may view a location such as Spain or Singapore as a primary market for reaching soul music fans.

Still, most American born artists maintain an attachment to their native land and endure the deprivations faced by indie soul artists because – well – this is home. South Carolinian Karl “Karlito” Frierson is among the American born singers who made the choice to maintain a regular if not permanent place in Spain where music fans appreciate his gospel and soul drenched vocals that recall hard driving funk masters such as Charles Wright, groups such as The Intruders and of course The Godfather of Soul himself.

Frierson emerged as the lead singer for the Madrid based funk band VenueConnection and has been the group’s front man for three of their four albums, including their latest – State of Mind. The group’s three albums featuring Frierson as their front man serve as proof that music – and especially funk music -- is a universal language because nearly all of Frierson’s band mates are far more conversant in Spanish than English. Yet, language aside, the band is hard driving and straight up funky throughout this 11 track project.

The band gets into the one at the very beginning with the declarative “Feel The Groove,” where Frierson states his intention to carry the funky mantle that The Godfather laid down when he went to his rest nine years ago. Vocally, Frierson more than stands up from the primal screams he issues between the first and second verses to the give-and-take that he conducts with his band. That band lays down a high standard on this track with Igor Prochazka’s deft work on the electric organ that contains equal elements of church and jazz creativity. The work on the 88s serves as one third of an aggressive and percussive rhythm section that ensures that the groove is felt on this first track and throughout this funk filled project. So kudos must also go out to bassist Alfonso Cifo and drummer Pepe Acebal.

State of Mind is a rangy project in terms of topics addressed by Venue Connection. “Singing In the Rain” finds Frierson moving from his standard baritone to high tenor and falsetto range as he tells a story of staying positive in the face of the struggles that men face in life – mainly those ever present money problems. “Grandma said/There’d be days like this/When you’re waiting for the big big hit/Life throws you a curveball/You swing and you miss/You shake your head/On a bright bright summer’s day/And suddenly the weather changes/That sweet sunshine/To thunder rain/But when you’re laughing/When you’re dancing/When you’re singing in the rain/Take a chance cuz/It’s so amazing how your life will forever change.”

Vocally, Frierson receives help on State of Mind from Angeles Dorrio on the sensually funky ballad “Should I,” a track that sports a Barry White-type vibe due to its slithering bass line. Meanwhile Dorrio’s soft, come hither vocals contrast nicely with the urgency that Frierson brings to his vocals. Dorrio also contributes three tracks where she serves as lead vocalist. The best of that bunch is “Some Time,” a sleepy yet ultimately engaging ballad driven by punctuating horns and bluesy guitar riffs that finds the vocalist seeking space to make decisions at her own pace.

In a way it’s sad that Karl Frierson had to move to Spain to find creative and commercial space to make the kind of music that he wants to make. But music is an international language and good songs such as the tunes on State of Mind will find an audience regardless of boundaries and language differences. And this international group should find welcoming audiences around the world. Strongly Recommended.