Singer/songwriter Sean C. Johnson was never used to having one place that he called home.  Growing up, his family lived throughout the U.S. and Germany.  Sean's parents' strong example inevitably shaped his future; his mother as an accomplished singer and music student and his father's life-long service to the military.  While he has experienced many changes of address, Sean prefers not to mess with changes in his songwriting and production process.  In that beauty of simplicity, he injects his neo-soul flavor with lyrics he hopes will change lives for Jesus.  Successfully balancing his military duties, Sean has carved a niche as an independent artist; whether writing for other artists or as a featured vocalist.  With two digital solo full-length projects on First Fruits Entertainment under his belt, this soulful talent has a special place for gospel music, especially for the rich history gospel quartet legends brought to the table.

Sean and his older brother took full advantage of singing along with all the gospel music played in the Johnson household by echoing the adlibs of The Winans, The Clark Sisters and John P. Kee.  Sean's grandparents introduced him to the rich, soulful vocals of The Dixie Hummingbirds, The Canton Spirituals and The Soul Stirrers, which further whetted Sean's musical appetite.  When he was not listening to quartets, Sean was honing his skills by harmonizing over his lead vocal he pre-recorded on his cassette deck.  Despite his unbridled enthusiasm for gospel music, Sean's desire to pursue music professionally was not a priority.  But his mother, who passed away in 1993, always prayed that her family would be spiritual difference makers by serving Christ in some capacity.  When Sean's no-nonsense scriptural-based lyrics started hitting home for his friends, he was ready to become a soulful gospel warrior.

From his first song "I Know" he recorded in 2005, the Oklahoma resident has remained very active in his music ministry with an emphasis on the holy hip hop scene.  In the past two years, Sean's talents have blown up on various independent projects.  His laid-back neo-soul voice has been featured with Fedel, Risen Tunes and with the Oklahoma-based 778 Music Group, a company that specializes in mentoring up and coming talent.  Sean has also performed with label mate Aaron Franklin, opened for a 2009 Kirk Franklin concert in Oklahoma City and participated in various showcases during the 2010 Stellar Awards.

On his new album, Simply A Vessel Vol. II: Faithful, the follow-up to his debut Simply A Vessel, Sean conveys a down-to-earth, neo-soul/hip-hop sensibility.  This project features all original material with the exception of one track, all notated with scriptural verses.  "Intro: As Long As You Are Praised" opens with a praise party unlike most with funky horns and turntable scratches.  "Well Done," one of the singles off Faithful, oozes with a 70s-style sophisticated soul. The companion video is equally entertaining (especially when Sean presents a bar graph entitled "Simply A Vessel" during a sales meeting) while teaching the message of being a faithful Christian servant.  Sean's quartet influences are evident as his smooth harmonies fully enrich "It Ain't Worth It." The intense lyrics and mood behind "5:00" reveals a tortured soul who is praying to God while feeling the massive pressure of trying to solve everyone's problems.  "Last Breath" takes worship into a daring futuristic territory - a risk that pays off. Of course, only Sean could pull off a complete makeover of the popular hymn "I'll Fly Away" (entitled "Fly Away"), once again with a dazzling fusion of neo-soul attitude and old-fashioned quartet harmonies.

The sequel to Simply A Vessel is a welcome detour off of today's contemporary gospel pathway.  One of the key ingredients that give Simply A Vessel Vol. II: Faithful a successful edge is in Sean's confidence in who he is as a gospel music artist.   In other words, Sean remains firmly true to himself and he does not need to change a thing to prove otherwise. 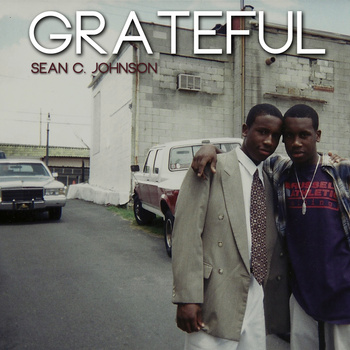 Simply a Vessel, Vol. 3: Surrender All