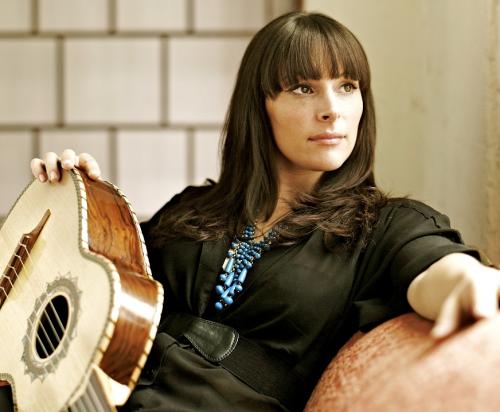 Shae Fiol was destined to become a musical artist.  Growing up in Portland, Oregon, surrounded by family members who were classically trained musicians such as her mother, father, both grandmothers, Shae Fiol was immersed in music.  A self taught artist, with a fierce determination to play music by ear, she is a true performer, the complete musical package -arranger, guitarist, lyricist, song-writer and vocalist.

Her path to music began in her sophomore year in college when her father RaÃºl came up with a great way for Shae to earn tuition - by writing songs.  After purchasing his daughter a digital tape four track, he agreed to pay her $250 for every song she wrote.  The result was a nine song demo, which not only earned her enough cash to live off but also became the catalyst to build her indomitable song writing skills.  Shae firmly believes that she might not have written a song at all had her father not challenged her.

After college, Shae's musical ambitions helped to land her in L.A. where she worked with Tha Liks, especially J-ro on a track produced by Ã¼ber producer Rockwilder called "Run Wild" for their fourth album released on Loud Records.  Just a year later, Shae was invited to New York City by Rockwilder to work with him on her current album.  Much like the L.A. move, the journey to NYC was perfect timing and ripe with opportunity.  Her relocation to NYC was inevitable.  Shae now calls Brooklyn home.  And it is in New York where Shae had what she considers her breakthrough performance. When Los Angeles based Indie artist Esthero invited her on stage during a concert at the Hiro Ballroom, the ever-ready Fiol was prepared to perform her signature piece, "A Woman's Presence."  It was by far the largest audience Shae ever performed for and, judging from her Myspace page, the performance left an indelible impression with the audience,

Since then, Shae has developed into a focused, well rounded performer who showcases her talents at well known NYC venues ranging from Joe's Pub, BAM and SOB's.  She describes her music as creating the type of vibe which allows one to travel inside their mind and day dream while still appreciating the eclectic mix of classical, folk, rhythm and blues, hip-hop, jazz and latin playing in the background.  Her music is personal, searching, and adventurous.

Shae's first full length album, Catch a Ride, was released in Spring 2009, produced mostly by her collaborations featuring Grammy Award winners Stuart Matthewman of Sade, Me'shell Ndegeocello, and producer Rockwilder.  Catch a Ride, the title track, is one of her most personal songs that sets up the rest of the album.  Shae describes it as a musical journey about following one's dream as far as the stars will take you.  It's truly a message Shae Fiol lives by.