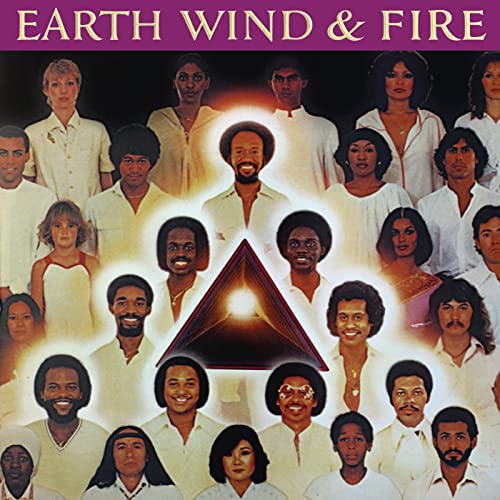 (April 14, 2021) Here’s a tip: At the next party you’re attending (hopefully soon, God willing), be sure to avoid discussing religion, politics or Faces. That’s only half in jest, as fans of “The Elements” know that the 1980 double album Faces stands as the most divisive, controversial, and oddly forgotten great album by Earth, Wind & Fire (okay my use of “great” kind of gives away where I am on this one). And as we witness the outpouring of love on the three remaining members of EWF following their feature on a recent episode of VERSUZ, all those four decade old feelings about the group’s 10th album came back to me.

(April 14, 2021) Here’s a tip: At the next party you’re attending (hopefully soon, God willing), be sure to avoid discussing religion, politics or Faces. That’s only half in jest, as fans of “The Elements” know that the 1980 double album Faces stands as the most divisive, controversial, and oddly forgotten great album by Earth, Wind & Fire (okay my use of “great” kind of gives away where I am on this one). And as we witness the outpouring of love on the three remaining members of EWF following their feature on a recent episode of VERSUZ, all those four decade old feelings about the group’s 10th album came back to me.

Earth Wind & Fire has long had a special relationship with our readers. The band was voted #2 on the all-time list of groups, and their explosive 1975 album That’s The Way of the World was chosen as the Best Album of the 1970s. So in 1980, when Earth, Wind & Fire was in its Imperial Period of creativity and influence, excitement reigned for the group’s devotees as word leaked that the follow up to 1979’s smash album, I Am, was going to be a double album. As veteran music journalist A. Scott Galloway, then a high school junior, remembers, “That Tuesday, October  14, 1980, we ALL cut 2nd period to roll up to Tower Records to be there as soon as they opened to buy the album. We all bought the vinyl but one of our crew also bought the cassette so we could play it in the band room which did not have a turntable. We could not hear this new music fast enough!”

There were heavy pre-orders for the album, and it was virtually guaranteed a top 10 position on Billboard’s album charts. But LPs were still largely driven by hit singles, and the troubles for Faces started with the choice of the lead single, “Let Me Talk,” a truth-to-power song which was neither radio friendly nor particularly catchy. As longtime EWF fan and Purpose Music co-CEO George Littlejohn recalls, “While a great song with a great message, ‘Let Me Talk’ was by far the least commercial song on the album. Almost any other song from the second disc of Faces would have been a smash if released as the lead single.” The longtime belief has been that group leader Maurice White pushed for lyrically powerful “Let Me Talk” as the single, instead of more obvious candidates that his label preferred.

The second problem was an undercurrent of resentment by some critics that EWF had “sold out” the year before by issuing the pure disco single “Boogie Wonderland” (though a damn good disco single). So, drive-by music critics appeared ready to declare the group as past its prime, regardless of what was released. Predictably, Rolling Stone panned Faces, calling it“an effervescent pop-funk pageant with lots of color and not much substance,” and All Music said it was “clear to even the most devoted fans that songs like ‘Let Me Talk’ and ‘Sparkle’ weren't their finest hour.”

Finally, there was the ambitiousness of the album, which led to both the weighty size (16 songs on two discs) and the eyepopping variety of styles, including jazz, rock, R&B and pop. While the album arguably had “something for everyone,” it also meant there was difficulty putting the project in a neat box stylistically. Popular music and radio promotion often like a simple story, and Faces was decidedly not that. It was elaborate in size and palette, perhaps too much so at a time when songs like “Funkytown” and “Lady” were burning up the charts.

It was tough enough for a two-disc LP to hit the mountaintop, but the mixed reviews combined with the unsurprising radio failure of “Let Me Talk” led to Faces stalling on the charts pretty quickly, in many ways without getting a fair hearing from the general public. In fact, Faces had already been labeled a critical and commercial disappointment by the time the two subsequent singles were released, and it never recovered. Four decades later, Faces is still largely viewed as EWF’s “forgotten” album, a relatively low seller that sat in between #1 albums I Am (1979) and Raise (1981). Noted record retailer Marketta “The Music Lady” Rodriguez of Houston’s Serious Sounds acknowledges that EWF still sells well in her store, but not Faces: “I have the hardest problem selling that particular title. I keep a copy of it in the store, but it literally sits here for years on end before I have to restock it.”

The disappointing commercial history of Faces is made all the more sad because its failure really wasn’t due to rejection by listeners, it was more likely because they never heard it. Those who did spend the time on the album found that there was an awful lot to like about it. Stylistically varied, well written, and featuring sterling production throughout, Faces was in many ways a showcase of an act literally bursting with ideas, almost all of them good. Noted DJ and writer Greg Caz opines, “I’ve always felt that Faces is just as full of commercial-peak-era EWF power as I Am, and even more so for being a double. The material is packed with everything that people loved about the Elements at the time.”

Absolute earworms like the bouncy “Turn It Into Something Good,” “And Love Goes On,” “Song In My Heart” and “Back On The Road,” were countered by the more expansive, musically complicated “Faces” and “Pride,” and a handful of wonderful ballads, led by “You,” “Sailaway” and “You Went Away.”

It is those album cuts that are the key to what Faces meant to the fans who dug deep, and what makes them wax passionately today about the general underappreciation of the disc. SoulTracks senior writer Howard Dukes found that those songs “gave us some deeper insight into what a band really valued about themselves.” One of those insights was the key development of falsetto lead Philip Bailey, and his increased role on the album as a vocalist and songwriter. “Bailey truly showed out on ‘You Went Away,’ which in my mind is his best vocal performance on this or any album. And his song does what all great ballads do: they reveal at a deeper level of whatever emotion the singer is trying to convey. In the case of ‘You Went Away,’ it was the shock and devastation of a loss that cannot be imagined. Bailey conveyed that feeling perfectly.” Caz adds, “The fact that Faces is so underrated has more to do with psychological factors given lack of radio play than with any drop in quality. On the contrary I feel they stepped their game up after I Am.”

This observation about the depth of the album is the counterpoint to the general criticism that, at 16 songs, the album was “bloated.” I too believed the album was likely too long until I started hearing opinions of music fans I trust about how they would trim the album to a more typical number of songs. The fact is, there was far from unanimity. For instance, “You Went Away” and “Turn It Into Something Good” were on the chopping block for some, even as they were the most essential cuts for others of us. This demonstrated again one often ignored fact, that EWF appealed to fans of many schools, and it was in part the group’s diversity that gave it increased power. Maybe it also tells us – against popular wisdom - that the album, though long by 1980 standards, was ultimately the right length. Group leader Maurice White certainly thought so; he said in a later interview that Faces may have been his favorite EWF album.

So here we are forty years later, post Versuz, rightly celebrating Earth Wind & Fire as one of the great bands of all time. But may I suggest that, instead of playing “September” and “Let’s Groove” for the zillionth time, you take an hour and visit (or revisit) the lost masterpiece that was Faces. You can check it out on Spotify below, or even better, go buy that lonely CD that has been sitting at Serious Sounds for the past couple of years, and give Marketta a reason to restock it again.