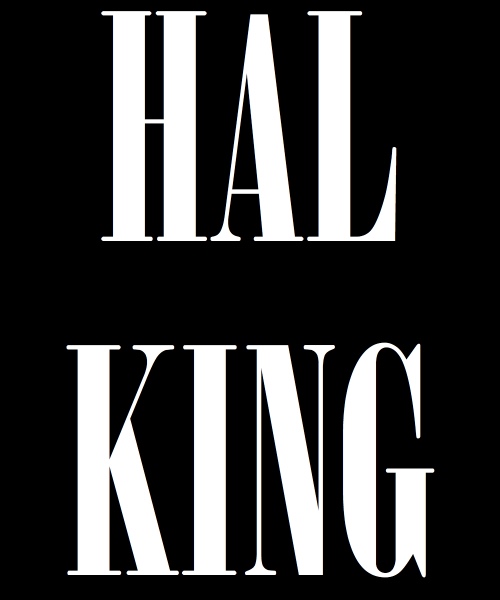 Hal King opens in a speakeasy, where the jazz is smooth and the good times flow. Young Hal revels at the center of it all, a cool cat with a posse of pals and a standing invite to the chanteuse’s dressing room. On the other side of town and what might as well be a world away, Hal’s father, a local politician and community leader, speaks about strengthening the African-American community. Hal wants no part of that world — or the responsibility that comes with it — until tragedy strikes and takes him overseas to the Korean War, where he fights bravely and returns home a changed man, ready to take his place honoring his family legacy. He meets Kat, who shares his passion for the community - and who is also the daughter of his father’s bitter rival. It is a tale of family, rivalry, jealousy, self-discovery and forbidden love, told in a soaring celebration of music, dance, theater, poetry, cinema and above all, storytelling.

Hal King was created by writer and composer Steve Wallace, who also executive produced the film (and appears in a cameo role).

“I was trained as a classical opera singer and have composed other operas, and have worked with hip-hop artists, so I was able to see the similarities between the storytelling,” said Wallace. “It's always been a passion of mine to bring these worlds together.”

“Hal King is a modern opera that is truly current and equally classic,” said Wallace of the bold pairing of R&B and opera. “It uses the cultural expression of modern urban culture, along with the structures from classical European art, to bridge the gap and bring together people from all walks of life.”

“When I read the script for the first time and heard the music I was blown away by the character and detail,” said director Myron Davis. “It's an instant classic — an R&B opera, a love story that you won't soon forget.”

Star Tyrik Ballard, who plays young Hal King, said he connected to his character’s growth and transformation as he comes of age in the film. “I think a lot of people are going to be able to relate to this movie,” he said. “You have to go through an experience to find yourself and I think this is the perfect example of what it is to find yourself.” Ballard, whose role in Hal King is his first leading role in a full-length feature, said he was proud to be part of a film with “a beautiful all-Black cast.”

“Hal King is a beautiful celebration of Black culture,” said Sharae’ Moultrie, who stars as activist poet Kat French, Young Hal’s star-crossed lover. “From the music to the costumes to the messages of love and hope and walking in your purpose and standing up for what you believe in… I really enjoyed working on this film.”

“We had the opportunity to work with legendary choreographer Dianne McIntyre (Oprah Winfrey’s Beloved, Emmy-nominated for The Evers Boys on HBO) and we brought in cinematographer Jim Zunt as well as host of talented crew — dancers, actors , singers — to create and bring this world of Hal King to life,” said director Davis.

"While the music and dancing are intoxicating, what really jumped out to me was the sheer ambition of a period piece, spanning the continents — not to mention its Shakespearean roots,” said Bill Strauss, Executive Producer of Straight Outta Compton and principal at Bridge Independent representing Hal King. “Really stellar example of the bounds of indie filmmaking when determination, creativity and intelligence take hold."

“I believe it will bring so much joy as you watch this,” said Davis. “So tell your friends this is a film you don't want to miss.”

Steve Wallace is the creator, composer and executive producer of Hal King. He has released 10 albums independently as an artist and has produced, performed and written on nearly 100 albums with credits including Ledisi, Ghostface Killah (WunTang Clan), De La Soul, and Eric Roberson. He has gained nods from Jay Z, Jadakiss, Just Blaze and others. He has performed with the likes of Robin Thicke, Common, Talib Kweli, and Leon Ware. Wallace has created scores for television shows on MTV, BET, NBC, UPtv. Recently Steve Wallace composed the musical score for “The Graduates,“ a new show airing on Magic Johnson’s Aspire network.

As a classical composer, Wallace has written a book of 15 art songs, two symphonies, four operas and a variety of chamber works. He is also an accomplished classical singer, having performed worldwide as a soloist and in principal roles in opera such as Carmen, La Bohème, and La Traviata with respected opera companies nationwide.

Gravitas Ventures is a worldwide film distributor that connects filmmakers and producers with a global audience of over a billion people. The company releases over 300 new films annually. Gravitas’ titles are frequently certified fresh, consistently release in the top of charts on many platforms, and received numerous accolades of recognition from top industry partners and players. Gravitas Ventures is part of Red Arrow Studios, one of the world’s leading creators and distributors of entertainment content.