We mourn the passing of Mary Wilson, co-founder of The Supremes 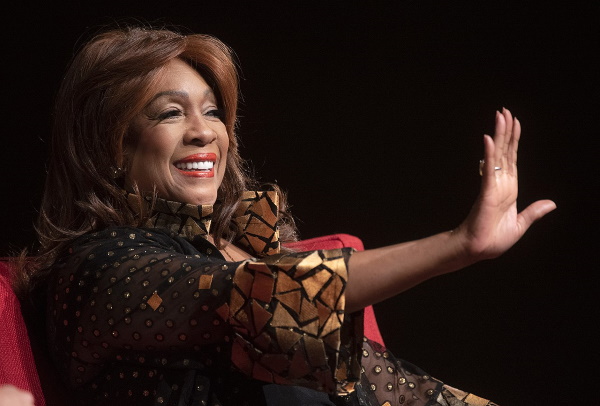 We are extremely sad to report the death of one of the seminal figures in soul music. Mary Wilson, co-founding member of the Supremes and labeled by many as the “Sweetheart of Motown,” has died suddenly at age 76 at her Las Vegas home. No cause of death has been revealed. Wilson was a musical giant, and perhaps even greater as a citizen of the world.

We are extremely sad to report the death of one of the seminal figures in soul music. Mary Wilson, co-founding member of the Supremes and labeled by many as the “Sweetheart of Motown,” has died suddenly at age 76 at her Las Vegas home. No cause of death has been revealed. Wilson was a musical giant, and perhaps even greater as a citizen of the world.

Formed in modest fashion by a trio of teenage girls from Detroit's Brewster housing project, the Supremes went on to become Motown's biggest act of the 60s and the most successful "girl group" of an era.  Originally called the Primettes (the female counterparts to the Primes - later called the Temptations) the group consisted of Diane (later Diana) Ross, Florence Ballard, Wilson and Betty McGlown (later replaced by Barbara Martin, who left the group a trio by 1964).  They came together in 1959 and soon shared the dream of many Detroiters of being signed by the upstart music label Motown.  Upon their high school graduation their dream came true.

Unfortunately, being signed by a successful label didn't result in immediate success.  Over the course of 1962-64, the Supremes released a string of unsuccessful singles, working with different songwriters and alternating lead vocalists.  In 1964 Gordy teamed them with Holland-Dozier-Holland and they released the melodic thumper "Where Did Our Love Go."  It shot to #1 on the Pop and Soul charts and established the recipe for the group's success over the next half decade.  Diana Ross became the de facto lead vocalist and HDH supplied a series of deceptively simple, infectious singles that highlighted Ross's wispy voice and sing-songy backing vocals by Ballard and Wilson.  The group released an unprecedented five straight #1 singles in a one year span, including "Baby Love," "Stop! In the Name of Love," "Come See About Me" and "Back In My Arms Again."

Ross's magnetism onstage and Berry Gordy's growing personal obsession with her led to her becoming a first among equals, and by 1967 the group was relabeled "Diana Ross & the Supremes," with the talented Wilson and Ballard (and later Cindy Birdsong) taking an unfortunate back seat.  By the following year it was clear that Gordy intended to spring Ross as a solo artist, and a mini- "Farewell Tour" commenced at the end of 1969 and the beginning of 1970.  The group's final hit with Ross, the poignant "Someday We'll Be Together," was an appropriate coda to one of the most successful Soul group lineups of all time.

Ross's solo career was huge and long-lasting, providing her with major success on record and in the movies for over fifteen years.  Wilson forged on with The Supremes, but the group’s success without Ross was limited and fairly brief.  In 1970-71, they scored hits with "Stoned Love," "Up the Ladder to the Roof" and "Nathan Jones," then teamed with the Four Tops as the Magnificent Seven  with the cut "River Deep, Mountain High" before the Tops left Motown.   The hits then slowed down, and the group charted for the final time with 1976's "You're Driving My Wheel."

There were several lineup changes before the Supremes split for good in the late 70s. Wilson continued as a solo artist, but her status grew even larger for what she did away from the studio. She became a outspoken advocate of many humanitarian causes, from AIDS awareness to social justice, to women’s health, to modernizing the copyright laws for artists and countless other causes. Helping others became her life’s work, and it won for her several awards.

In 2003, Wilson was named by the U.S. as one of nine cultural ambassadors, and she traveled the world tirelessly, spreading light. She also wrote several books, including a best-selling memoir, Dreamgirl – My Life As a Supreme.

It is tough to overstate the importance of Mary Wilson as a performer and as a person. Her millions of fans will be mourning her too-soon passing, but the work she did both on and off the stage will resonate for generations to come.

Wilson is survived by: her daughter Turkessa, her son Pedro and several grandchildren, as well as her sister Kathryn, her brother, Roosevelt. Services will be private due to COVID-19 restrictions, and a larger celebration of her life will take place later this year. The family asks in lieu of flowers, that friends and fans support UNCF.org and the Humpty Dumpty Institute .