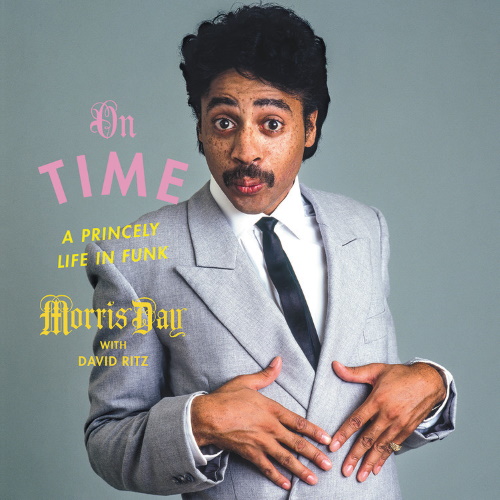 (March 4, 2022) Exasperated. That is how legendary singer Morris Day sounded as he posted on his social media accounts the news that he had been contacted by Prince's Estate with a notice that they intended to block his use of the band name "Morris Day & The Time."

(March 4, 2022) Exasperated. That is how legendary singer Morris Day sounded as he posted on his social media accounts the news that he had been contacted by Prince's Estate with a notice that they intended to block his use of the band name "Morris Day & The Time."

He writes, "I've given 40 years of my life building up a name and legacy that Prince and I came up with. A name that while he was alive, he had no problem with me using. I literally put my blood, sweat, and tears into bringing value to that name. In fact, he booked me on several tours, and many jam packed nights at Paisley Park, under the name Morris Day & The Time. Not once ever saying to me that I couldn't us that name configuration. However, now that Prince is not longer with us -- suddently the people who control his multi million dollar estate, want to rewrite history by taking my name away from me, thus impacting how I feed my family. So as of now, per the Prince Estate, I can no longer use Morris Day & The Time in any capacity."

It is an odd artifact of music history that Prince, not The Time band members, owned the group's name. The act was built by Prince from a local Minneapolis group, Flyte Time, with new members and a sound that was based on the developing Minneapolis funk scene. With Morris Day as the lead singer, The Time went on to be one of the biggest R&B bands of the decade, with four smash albums and hits aplenty from 1981-90, along with a renowned live show. While the band members have largely gone on to do other things (with producers Jimmy Jam & Terry Lewis being perhaps the most notable successes), Day has spent most of the past two decades touring with his own version of The Time to large audiences.

Longtime fans are outraged by the decision, with tens of thousands (including many other musical stars) sharing and expressing their displeasure online. In a later post today, Day wrote, "I want to thank everyone for their thoughts & support regarding this estate matter. I felt all of your love and energy yesterday, and I look forward to your continued suport until we find resolve. Thank you!"

But, of course, there are two sides to every fight. And in a statement issued today via Pitchfork, Prince's estate responded “Given Prince’s longstanding history with Morris Day and what the Estate thought were amicable discussions, The Prince Estate was surprised and disappointed to see his recent post. The Estate is open to working proactively with Morris to resolve this matter. However, the information that he shared is not entirely accurate.” It further explained that it was blocking Day's attempt to trademark the name "Morris Day & The Time," citing the continuing ownership of the name "The Time" by the estate. So, it feels like perhaps a resolution may be that Morris Day would be able to continue to tour as Morris Day & The Time, but will be blocked if he tries to legally reserve the name. It's messy.

A look back in history shows the there were often tensions between Prince and members of the Time over lots of things, including disputes over the band name. This led the members to use the band name The Original 7ven (rather than The Time) when they issued their 2011 reunion album. So, the position taken by the Prince estate isn't entirely surprising. We hope that this can be resolved and that Morris Day & The Time are back on the road soon, with name intact.