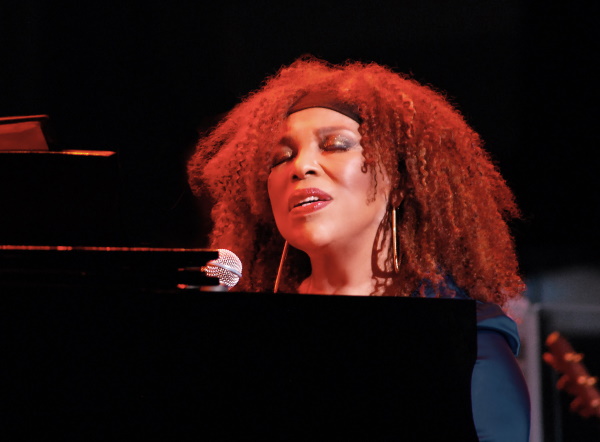 The honor is one of many awards and accolades bestowed in recent years on Flack, known worldwide for her #1 singles “The First Time Ever I Saw Your Face,” “Killing Me Softly with His Song,” and “Feel Like Makin’ Love” as well as her hit duets with Donny Hathaway “Where Is the Love” and “The Closer I Get to You,” and such other top chart songs as “Tonight I Celebrate My Love” and “Set the Night to Music.” In 2020, Flack was honored with the GRAMMY Lifetime Achievement Award. The year before, Flack was given the prestigious Clark and Gwen Terry Courage Award from the Jazz Foundation of America, and in 2017 was presented with the Manhattan Town Hall Friend of the Arts Award. Earlier this year, she was honored with a plaque dedicating a historic emergency call box on Capitol Hill in Washington, DC that was restored by the Constitutional Chapter of the Daughters of the American Revolution, and is near to the location of the famed jazz nightclub Mr. Henry’s, where she enjoyed a consistently-packed-house residency in the late 1960s.

Praised as “an elegant and legendary vocal superstar” (Amazon.com), Flack moved to New York City soon after she was seen at Mr. Henry’s by jazz luminary Les McCann, who helped her secure a deal with the pivotal Manhattan-based Atlantic Records. She was the first African American to buy an apartment in the famed Dakota apartment building on Manhattan's Upper West Side, becoming friends with her neighbors, John Lennon and Yoko Ono. In 1974, Flack became one of the first Black investors in the New York City radio station WBLS, which provided the musical soundtrack to the Big Apple’s African American community in the decades to follow. In 2001, she accompanied President Bill Clinton, just out of the White House, to an AIDS fundraiser in Harlem, where Clinton established his post-presidential office.

A renowned humanitarian and educational activist, Flack has a career that noted music journalist Ann Powers said in a story on NPR “dazzles with surprising details,” especially within the Black community. She has given back generously to the city where she lives through her Roberta Flack Foundation. In 2006, Flack founded the Roberta Flack School of Music at the Hyde Leadership Charter School in the Bronx, providing music lessons, theory, and performance experience for students regardless of their ability to pay. For a decade, more than 1,000 students studied at the Roberta Flack School of Music before it closed its doors in 2016. Flack and her team hope to reopen the school in the next year or so. The foundation recently granted a scholarship to Bronx resident Abdul Akinola, a trumpet-playing student at the Hyde School, to attend the prestigious Manhattan School of Music's Summer Program.

Flack was raised in rural Black Mountain, North Carolina, mentored by her family, teachers, church members, choir directors, and others. At the age of 15, she earned a full music scholarship to Howard University – one of the youngest students ever to enter the legendary African-American college. Following graduation, she taught music in Washington, DC-area schools while moonlighting as a nightclub performer. Her musical achievements include global sales of more than eight million albums and four GRAMMY awards (including Lifetime Achievement) out of 13 nominations, and was the only act who won Record of the Year twice in a row until Billie Eilish recently matched that feat. Flack has enjoyed a string of 18 Billboard-charting songs.

She is the subject of an upcoming documentary film about her life and career, aptly titled, "ROBERTA," as well as a children's book, “The Green Piano,” inspired by her very first instrument that her father rescued from a junkyard. Roberta has in recent years been on a hiatus as a performer, working to restore her strength and agility since suffering a stroke in 2016, and recently told People magazine, “I hope to see my fans in person sometime soon."