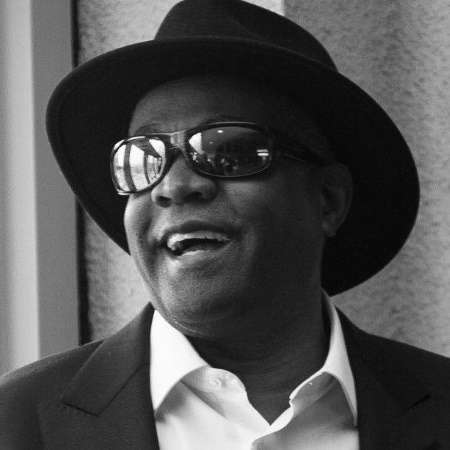 (September 9, 2020) We are devastated to inform SoulTrackers of the death of Ronald Bell a.k.a. Khalis Bayyan, co-founder, saxman and 50+ year member of the legendary group Kool & The Gang. Bell reportedly died in his home of a heart attack. He was 68.

An immensely talented group of musicians that rose to the top of the music world not once but twice, Kool & the Gang continues to be one of the most beloved bands of the last half century. And Bell played a key role, both as a musician and as the writer of many of their biggest hits.

(September 9, 2020) We are devastated to inform SoulTrackers of the death of Ronald Bell a.k.a. Khalis Bayyan, co-founder, saxman and 50+ year member of the legendary group Kool & The Gang. Bell reportedly died in his home of a heart attack. He was 68.

An immensely talented group of musicians that rose to the top of the music world not once but twice, Kool & the Gang continues to be one of the most beloved bands of the last half century. And Bell played a key role, both as a musician and as the writer of many of their biggest hits.

Formed by Bell along with his brother Robert "Kool" Bell and bunch of their New Jersey teenage friends in the mid-60s (then called the Jazziacs), the group played traditional jazz in regional venues for several years, slowly morphing their style to incorporate emerging funk sounds of Sly and the Family Stone and James Brown.  They were signed by the De-Lite label in the early 70s and gathered a small but loyal national following (particularly for their 1971 release Live at the Sex Machine).  The group's fortunes exploded in 1974 with Wild and Peaceful, an infectiously raw album that spawned three smash hits, "Funky Stuff," "Hollywood Swinging," and "Jungle Boogie," all featuring great instrumentation and lyrics virtually shouted by the group.  However, as quickly as they rode to fame, Kool & the Gang faded, their rough sound appearing out of place against the slick, dance-oriented sounds that began to dominate popular radio in the late 70s.

Kool & the Gang was an afterthought in the music world in 1979 when they brought in the honey-sounding lead James J.T. Taylor and pop/jazz producer Eumir Deodato for one last gasp, a shiny dance album called Ladies Night.  Deodato simplified and sweetened the group's jazz stylings in a heavily produced package, fronted by Taylor's irresistible tenor voice.  It was an across-the-board smash, leading to two top hits, the title cut and the midtempo "Too Hot."  It was also the beginning of a nearly unprecedented string of top 10 pop and soul hits for the group that would make Kool & the Gang the top selling soul group of the 80s.

Ladies Night was followed by the even bigger Celebration, the joyous title cut of which became the theme song of countless sports teams in the 80s and one of the most played songs of a generation.  The next five years brought hit after hit, including chart toppers "Misled," "Cherish," "Take My Heart," "Joanna," "Fresh" and "Let's Go Dancin'." The infectious innocuousness of their music sometimes went to a silly extreme ("Get Down On It"), but the group clearly created a catalog of enjoyable, well performed cuts, both during Deodato's tenure as producer and after they took over the production of their albums in 1983 -- songs that have generally aged well.  Their 1987 album, Forever, was another smash, but also provided warning sign that the fresh sounds Kool and the Gang introduced in 1979 had run their course and had begun to sound formulaic.

In 1987 Taylor abruptly left the band to pursue a modestly successful solo career (he had one major hit with "All I Want Is Forever," a duet with Regina Belle), and the group continued on but never had another chart hit.  They spent the next decade on the oldies circuit before Taylor, whose solo career had stalled, rejoined for a 1996 reunion tour and the album State of Affairs, a extremely enjoyable disc (and the group's strongest lyrically) that was unfortunately ignored by both Pop and Soul radio. He stayed for three years before leaving Kool and the Gang for good.

The band continued into the new millennium, first as a quintet, and then, after the death of member Charles Smith in 2006, as a quartet consisting of the Bell brothers (by then Ronald went by the name Khalis Bayyan), George Brown, and Dennis Thomas (all original group members).

In 2004 Kool and the Gang released The Hits Reloaded, an album with new versions of their greatest hits, featuring a number of guest artists, including Ashanti, Sean Paul, Jamiroquai and Blu Cantrell.  In addition, Robert "Kool" Bell began working on a musical play based on the group's career. They followed in 2006 with the dance song "Steppin Into Love," their biggest hit in nearly two decades, and began working on a new album, Still Kool.  With new 23-year old lead vocalist Jirmad Gordon at hand, the band released the new disc in the Summer of 2007 to positive reviews and a welcome return to the charts.

Five years later, in 2012, Kool & The Gang became part of an unusual pairing, invited by Van Halen to serve as the warm up act for the rock band's sold out reunion tour, and bringing the classic sound of Kool & the Gang to a whole new audience. They followed with a holiday album the following year, and returned to the top 10 on the UAC charts in 2016 with "Sexy."

Even during the quarantine, Kool & The Gang remained active, performing and posting great videos, like this one a few weeks ago.

For all these years, regardless of whether they were playing jazz, hard funk or smooth soul, Kool and the Gang have stood for exquisite musicianship and a great relationship with their fans. And today’s awful news reminds us again just how much this band of brothers has meant for over a half century. Rest in peace, Mr. Bell.