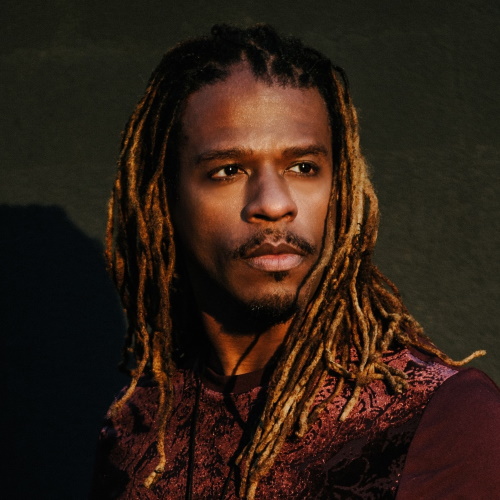 (New York, NY) – Multi GRAMMY®-nominated vocal powerhouse Ryan Shaw’s new studio album IMAGINING MARVIN is set for a November 27th release via Shaw’s own FORM (Fans Of Real Music) Records with distribution by Broadway Records.  Inspired by one of Shaw’s idols, Marvin Gaye, IMAGINING MARVIN is the powerful new project that originally premiered live in New York City in 2019 to a sold-out crowd.  Showcasing Shaw’s soaring and impassioned vocals, the album features numerous Marvin Gaye hits alongside five of Shaw’s original songs; the latter inspired by Gaye’s legacy.  The first single, a Shaw original, is “Strong Men Can,” co-written by Shaw and iconic songwriter, Valerie Simpson, who, with her late husband Nick Ashford, wrote a plethora of hit songs for Marvin Gaye himself.  “Strong Men Can” is due out on September 18th.  The “Strong Men Can” single can be digitally pre-saved here; click here to access the single art.

Of the inspiration behind IMAGINING MARVIN, Ryan Shaw comments, ““In life we have “what ifs.”  Some lead to regret, others lead to possibilities.  What if Marvin Gaye were still alive today?  Would his iconic recordings have evolved with this musicianship?  Would he still be writing from his ever-evolving perspective?  We will never have a definitive answer.  But maybe the next best thing is to imagine.”  IMAGINING MARVIN is produced by Ryan Shaw and musician and producer Shedrick Mitchell (Whitney Houston, Aretha Franklin, Roberta Flack, Maxwell, Queen Latifah, Kenny Lattimore and more).  Click here to access the IMAGINING MARVIN cover art; exact track listing to be announced.  Click here to pre-order the album.

Ryan Shaw has received widespread critical acclaim over the course of his career with an abundance of accolades.  Of Shaw’s incredible vocal prowess, The Los Angeles Times declared, “Prepare to have your soul rocked…”, while Billboard deemed him “a massive talent with a huge voice.”  The Washington Post avowed, “So big and rangy, that voice.  So churchy and unmistakenly Southern.  So full of fire and conviction, exploding with emotion.”

Ryan Shaw is a three-time GRAMMY-nominated artist. He recently appeared as Judas at the Lyric Opera of Chicago in the U.S. premiere of the critically acclaimed London/Regent’s Park’s production of Jesus Christ Superstar, which won the Olivier for Best Musical Revival. He starred as the original Stevie Wonder in Motown: The Musical on Broadway, and on London’s West End as the Soul of Michael Jackson in Thriller Live. As a recording artist, Shaw has released three solo GRAMMY-nominated projects to date:  2008’s THIS IS RYAN SHAW, 2011’s IT GETS BETTER, and 2014’s REAL LOVE.  He has toured the world and shared the stage with such artists as Van Halen, Bonnie Raitt, Joss Stone, John Legend, B.B. King, Bruce Hornsby and Jill Scott, to name a few. On television, Ryan has been a guest artist on The Ellen DeGeneres Show, Ellen’s Really Big Show, Last Call with Carson Daly, and The Martha Stewart Show. His music has been featured in television on FOX’s So You Think You Can Dance and ABC’s Dancing with The Stars, Grey’s Anatomy, and Lincoln Heights, as well as in films My Blueberry Nights and Bride Wars and the Sex and the City soundtrack.