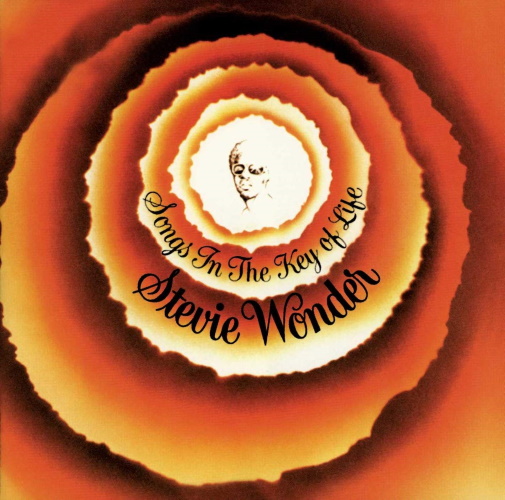 September 28, 1976 - Stevie Wonder releases Songs In The Key of Life

September 28, 1976 - Stevie Wonder releases Songs In The Key of Life

Now matter how you configure the Mount Rushmore of soul music, he is there. Stevie Wonder is virtually without peer in the history and development of music over the past half century. And in his Imperial Period of the 1970s, he issued some of the greatest albums of our lifetimes, including the Grammy winning, Innervisions and Fulfilligness First Finale. But on this day in 1976, Stevie issued his magnum opus; a compilation so full of musical genius that he couldn't fit it on two full albums, but had to include a four song "Something's Extra" beyond what the LPs could hold. This project, called Songs In The Key of Life, is considered by many, alongside Marvin Gaye's What's Going On, as the most influential album release of the decade -- or of just about any decade. It followed its predecessors to Grammy fame as Album of the Year.

Recorded principally at Hollywood's Crystal Sounds studio, Songs In the Key of Life included a whose who of musicians helping Wonder create the masterpiece. Herbie Hancock, Nathan Watts, George Benson, Michael Sembello, Greg Phillinganes, Ray Parker Jr. and many more contributed, as did a handful of legendary vocalists including Deniece Williams and Minnie Riperton.

Songs shot to #1 on the album charts, and spun off a series of big hits, beginning with the fun childhood memory, "I Wish," but also such now iconic smashes as "Sir Duke," "Another Star," and "Isn't She Lovely." But so many album cuts from Songs are now considered classics: "Love's In Need of Love Today," "Knocks Me Off My Feet," "As," "Pastime Paradise," and others have been covered or sampled dozens of times, and virtually every cut has been cited by later generations of stars as among the most influential of the era.

In 2016, Wonder celebrated the 40th anniversary of the album with a world tour where he performed it in full. We may not see that kind of show again, but we certainly can celebrate the incredible release in our own way on this special anniversary. Enjoy.